Training  >>  How It Works  >>  How Does Artificial Lift Work?
HOW IT WORKS

How Does Artificial Lift Work?

While some wells contain enough pressure for oil to rise to the surface without stimulation, most don't, requiring artificial lift. In fact, 96% of the oil wells in the US require artificial lift from the very beginning.

Even those wells that initially posses natural flow to the surface, that pressure depletes over time, and artificial lift is then required. Therefore, artificial lift is generally performed on all wells at some time during their production life.

The most common type of artificial lift pump system applied is beam pumping, which engages equipment on and below the surface to increase pressure and push oil to the surface. Consisting of a sucker rod string and a sucker rod pump, beam pumps are the familiar jack pumps seen on onshore oil wells. 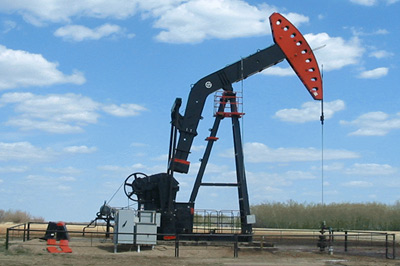 Usually pumping about 20 times a minute, the pumping units are powered electronically or via gas engine, called a prime mover. In order for the beam system to work properly, a speed reducer is employed to ensure the pump unit moves steadily, despite the 600 revolutions per minute the engine achieves. 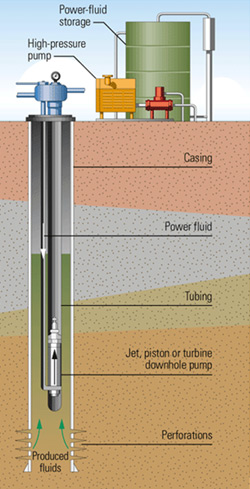 Electric submersible pump systems employ a centrifugal pump below the level of the reservoir fluids. Connected to a long electric motor, the pump is composed of several impellers, or blades, that move the fluids within the well. The whole system is installed at the bottom of the tubing string. An electric cable runs the length of the well, connecting the pump to a surface source of electricity. 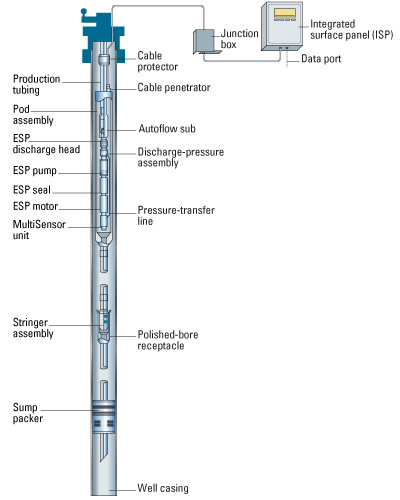 An emerging method of artificial lift, gas lift injects compressed gas into the well to reestablish pressure, making it produce. Even when a well is flowing without artificial lift, it many times is using a natural form of gas lift. 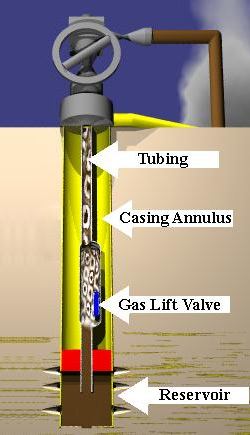 The injected gas reduces the pressure on the bottom of the well by decreasing the viscosity of the fluids in the well. This, in turn, encourages the fluids to flow more easily to the surface. Typically, the gas that is injected is recycled gas produced from the well.

With very few surface units, gas lift is the optimal choice for offshore applications. Occurring downhole, the compressed gas is injected down the casing tubing annulus, entering the well at numerous entry points called gas-lift valves. As the gas enters the tubing at these different stages, it forms bubbles, lightens the fluids and lowers the pressure.

In the US, the majority of wells, 82%, employ a beam pump. Ten percent use gas lift, 4% use electric submersible pumps, and 2% use hydraulic pumps.