Training  >>  How It Works  >>  How Does Pipeline Pigging Work?
HOW IT WORKS

How Does Pipeline Pigging Work?

While buildup in a pipeline can cause transmittal slows or even plugging of the pipeline, cracks or flaws in the line can be disastrous. A form of flow assurance for oil and gas pipelines and flowlines, pipeline pigging ensures the line is running smoothly.

The maintenance tool, pipeline pigs are introduced into the line via a pig trap, which includes a launcher and receiver. Without interrupting flow, the pig is then forced through it by product flow, or it can be towed by another device or cable. Usually cylindrical or spherical, pigs sweep the line by scraping the sides of the pipeline and pushing debris ahead. As the travel along the pipeline, there are a number functions the pig can perform, from clearing the line to inspecting the interior. 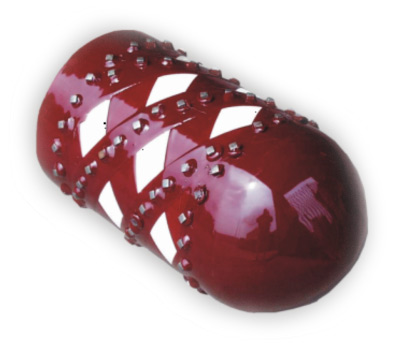 Foam pig
Source: pollypig
There are two main hypotheses for why the process is called "pipeline pigging," although neither have been proved. One theory is that "pig" stands for Pipeline Intervention Gadget. The other states that a leather-bound pig was being sent through the pipeline, and while it passed, the leather squeaked against the sides of the pipe, sounding like a squealing pig.

Engineers must consider a number of criteria when selecting the proper pig for a pipeline. First, it's important to define what task the pig will be performing. Also, size and operating conditions are important to regard. Finally, pipeline layout is integral to consider when choosing a pig.

Because every pipeline is different, there is not a set schedule for pigging a line, although the quantity of debris collected in a pipeline and the amount of wear and tear on it can increase the frequency of pigging. Today, pipeline pigging is used during all phases of the life of a pipeline.

Although first used simply to clear the line, the purpose of pipeline pigging has evolved with the development of technologies. Utility pigs are inserted into the pipeline to remove unwanted materials, such as wax, from the line. Inline inspection pigs can also be used to examine the pipeline from the inside, and specialty pigs are used to plug the line or isolate certain areas of the line. Lastly, gel pigs are a liquid chemical pigging system. 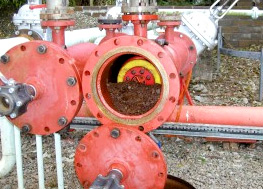 Debris after piggingSource: www.ppsa-online.com
Similar to cleaning your plumbing line, utility pigs are used to clean the pipeline of debris or seal the line. Debris can accumulate during construction, and the pipeline is pigged before production commences. Also, debris can build up on the pipeline, and the utility pig is used to scrape it away. Additionally, sealing pigs are used to remove liquids from the pipeline, as well as serve as an interface between two different products within a pipeline. Types of utility pigs include mandrel pigs, foam pigs, solid cast pigs and spherical pigs. 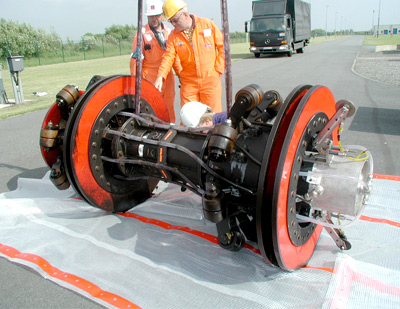 Specialty pigs, such as plugs, are used to isolate a section of the pipeline for maintenance work to be performed. The pig plug keeps the pipeline pressure in the line by stopping up the pipeline on either side of where the remedial work is being done.

A combination of gelled liquids, gel pigs can be used in conjunction with conventional pigs or by themselves. Pumped through the pipeline, there are a number of uses for gel pigs, including product separation, debris removal, hydrotesting, dewatering and condensate removal, as well as removing a stuck pig.