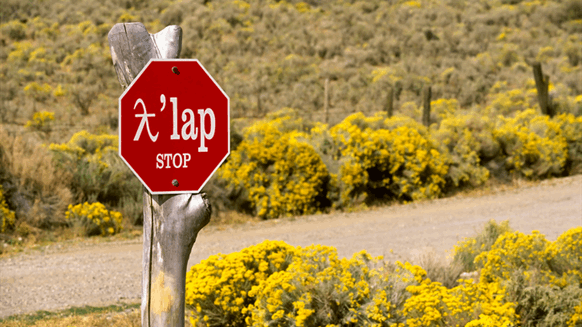 Businesses can't rely on the government to push projects past the objections of local communities, said Pat Carlson.

(Bloomberg) -- The Canadian natural gas industry shouldn’t blame environmentalists, First Nation communities or the government for its failure to get LNG export infrastructure built. It should blame itself.

Businesses can’t rely on the government to push projects past the objections of local communities, said the 63-year-old Carlson in a wide-ranging interview with Bloomberg News. Instead, governments should provide a final examination of operations that have already been mostly agreed on. That philosophy helped Seven Generations build its Kakwa River Project in northwest Alberta, he said. It has also helped the company’s shares outperform its peers.

“A pipeline to the Pacific and an LNG project on the Pacific, where the people along the route are involved -- they’re owners, they’re builders -- I don’t know that that’s been put forward,” Carlson said. “Maybe it has and I just don’t know about it, but I suspect it hasn’t, and I suspect there’s an opportunity there.”

A project that needs government assistance to overcome local resistance represents a failure of the free-market system and a step toward a state-controlled economy, he said. And industry should work to convince environmentalists that getting Canadian natural gas to the coast fights climate change by cutting China’s dependence on dirtier coal, he said.

Carlson’s views won’t surprise those who’ve followed his career. Like many of its peers, Seven Generations helps fund hospitals and scholarships in the region where it operates, and it works to hire local contractors.

But the company also puts out an annual stakeholder report, which this year started with Carlson’s review of the last thousand years of human history and the evolution of democracy. In fact, Carlson founded Seven Generations -- his fourth energy startup -- on a code of conduct that says the company has only the rights given to it by society and that it should exist primarily to serve its communities, its workers and shareholders.

So far, it’s been a successful idea. Seven Generations has gained 23 percent from its initial public offering in October 2014 through June 30 of this year, when Carlson stepped down. In that same time period, the Standard & Poor’s/Toronto Stock Exchange energy index dropped 24 percent, and natural gas futures slid 19 percent.

Carlson developed his approach in a career that included time at London-based BP Plc, where he learned the importance of diversification, and Calgary-based Husky Energy Inc., where he saw the value in a company keeping its operational headquarters in the region where it operated.

His entrepreneurial career began after he was laid off in 1998. Carlson’s first three startups were heavy-oil operator Passage Energy Inc., eventually bought by Bonavista Energy Corp.; Krang Energy Inc., sold to Viking Energy Royalty Trust for about C$176 million ($139 million), and North American Oil Sands, which was bought by Statoil ASA for about C$2.2 billion.

Carlson says he hasn’t looked back to see how the lands the company sold have turned out, but he does wish the company had taken a different approach to its financing.

“We had four funds with four different sets of priorities, four different ways of managing risk,” Carlson said. “Those kind of things became areas of dispute among our founding owners. So I wouldn’t do that again.”

Carlson says he’s confident Seven Generations’ culture will remain in tact under new CEO Marty Proctor. He’s also optimistic for the Canadian gas industry’s prospects over the long term, despite the current perception that it’s trailing it American counterparts. “Canadians are a little more conservative, a little less aggressive in the applications of new technologies, but they certainly don’t lack the understanding,” he said.

Don MacLean  |  July 19, 2017
Having been involved in O & G exploration in Asia, S.A. and Middle East remote and/or conflict areas for the past twenty-five years, I have found Socialization of the project is critical not just to its success but to even getting work-boots on the ground. In Canada I see a major deficiency in such community interaction to familiarize, incorporate, respect and train local stakeholders in O & G projects for exploration, development or expansion. NB Fracking moratorium, Alton gas storage delay, exploration drilling suspension appears to be the norm in Eastern Canada. In Western Canada there are pipelines to be built that will likely never get built. When I bring up this subject in casual discussion with O & G people, their backs arch and out comes the old tag lines ranging from its not their business to we did all we could. What I hear is we dont care or we reached out. The simple point is we need to care way beyond the aspect of just getting the project completed and running and we need to understand that reaching out is only a feel good line, same as I tried. The only action that really counts is full and clear and open contact, discussion, communication, understanding and involvement by all stake holders. I am not too familiar with Seven Generations Energy CR philosophy and strategy but from what I hear, they have taken the path of transparency, communication and responsibility with all stakeholders in their area of operations and that approach has served them well.
MikeM  |  July 18, 2017
And he’s confident the idea that natural gas is better for the world will eventually be a winner among environmentalists... That confidence is merited only if anticipating logic and reason to prevail. Unfortunately a very large fraction of environmental activists are reflexively anti-drilling and anti-pipeline, period.
RELATED COMPANIES
Company: Equinor ASA more info
Company: Husky Energy more info