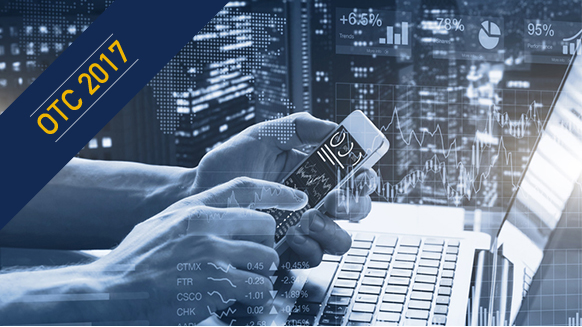 A newfound intersection between private equity capital and deepwater exploration and production (E&P) is possible within the next two to four years, according to a top Houston energy investment advisor.

Dan Pickering, president and head of TPH Asset Management at Tudor, Pickering, Holt & Co., told an Offshore Technology Conference crowd May 2 that the deepwater industry is especially relevant to global crude needs. In a world that produces 25 million barrels of crude of day, almost half of that is found in deepwater, he said.

“For the majors, deepwater is accessible. It’s a big, high-dollar, high-reserve, high-production opportunity that you can actually get your hands on,” he said.

In a world that produces 25 million barrels of oil per day, almost half of that comes from deepwater development, he said. The problem? It’s very expensive, and typically, very time-intensive to access those reserves.

As such, deepwater is profoundly challenged in today’s environment with crude at $50 per barrel. Cash flow has contracted, so there’s less money to spend, and the economics of the business become increasingly tricky at current prices, he said.

“I don’t think private equity has figured out how to finance deepwater,” Pickering said. “But I think we have a very interesting intersection of need for capital and availability of capital.”

During 2015 and 2016, private equity cash was plentiful but it wasn’t deployed in deepwater projects.

But with optimism that the market has bottomed out and relatively stable at $50 oil, investors – including private equity – feels safer to spend. With a little creativity, intersections can be found between the need for oil and the need for private equity cash, he said.

“It’s time to think outside of the box,” Pickering said. “And I’m warning you that I don’t have the answer, but it feels like for the next three to four years, there is the potential for an intersection if like-minded people can get together.”

Broady  |  May 09, 2017
Too dreamy, lots of hopium. WTI is at 46 this morning. Alternatives are taking shape as the world is flooded with cheap oil.