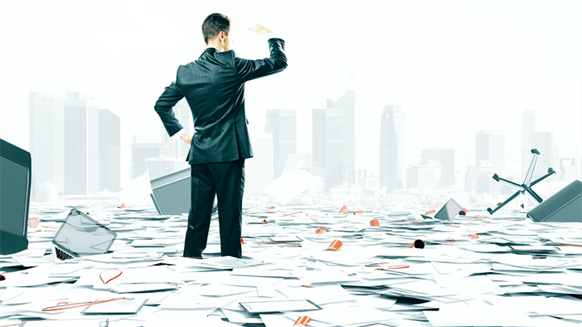 A report from Houston-based consulting firm Graves & Co. shows that the industry has suffered more than 440,000 jobs lost since the beginning of the most recent downturn.

The recent years of depressed oil prices and industry uncertainty have been the source of strict CAPEX (capital expenditures) cuts for oil and gas companies worldwide. Layoffs came in droves, much to the detriment of the industry’s workforce.

As of Feb. 10, 2017, the total number of oil and gas layoffs around the globe is 441,371, according to data compiled by Houston-based consulting firm Graves & Co. 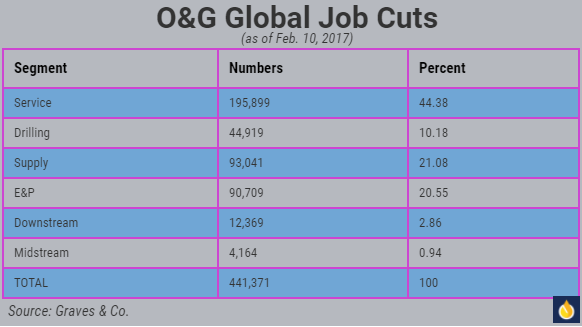 In a Feb. 15 report, John Graves, president of Graves & Co., noted the reduced pace of industry job cuts over the past few months … still, additional cuts may be announced.

“A recovery in one area doesn’t translate into a recovery everywhere because of varying economics and differing ‘break-even’ commodity price thresholds,” said Graves. “Our job count numbers are conservative. Private companies play a major role in the oil and gas industry, and with the exception of WARN Act notices, generally do not announce layoffs.”

Kevin Martyn  |  August 13, 2017
I am pissed at seeing lies printed about the number of jobs lost within Oil and Gas and services companies within the past 2.5 years. The numbers are well over 4 million.
Neil G  |  February 20, 2017
Try more than one million if you count all the ancillary jobs.