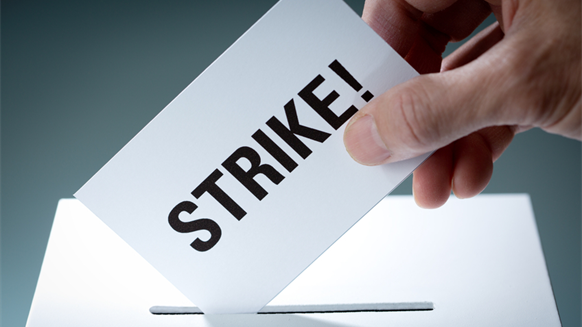 Nearly 300 employees on oil and gas drilling rigs off Norway could go on strike unless a wage deal is agreed by June 22, says the country's state-appointed mediator.

OSLO, June 16 (Reuters) - Nearly 300 employees on oil and gas drilling rigs off Norway could go on strike unless a wage deal is agreed by June 22, the country's state-appointed mediator said on Thursday.

Rowan Companies' Viking and Gorilla rigs will be affected, one of the unions involved in the wage talks said. It was not clear if other rigs would be affected.

The mediator said that around 3,000 workers could join a long-term strike.

Labour disputes on drilling rigs typically halt oil and gas exploration and drilling of new production wells at existing fields, but do not affect current production at wells.

One of the unions, Safe, said 79 of its members working on Rowan Companies' Viking and Gorilla rigs would go on strike if no agreement is reached.

Unions and the rig owners are due to meet to negotiate an annual wage deal on June 20 and have set a deadline to reach an agreement by midnight on June 21. They have not publicly disclosed the terms demanded.

In addition to the 79 Safe members, another 190 workers represented by the Industri Energi union and 14 members of DSO would be part of the first wave of a strike, the state mediator said.

A spokesman for ConocoPhillips said on Thursday that the Gorilla rig is currently engaged in the plugging of abandoned wells on its Ekofisk field in the North Sea, and that oil output would be unaffected by a strike.

Lundin and Rowan were not immediately available for comment.