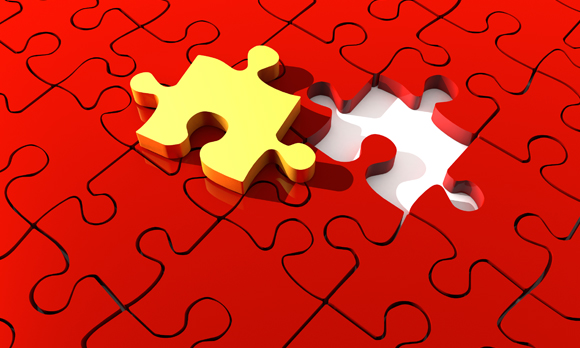 General Electric Co. could become one of the top players in the oil services and equipment industry if it decides to bid for Baker Hughes Inc.

(Bloomberg) --General Electric Co. could become one of the top players in the oil services and equipment industry if it decides to bid for Baker Hughes Inc.

A Justice Department lawsuit filed this week against Halliburton Co. to stop the merger of the world’s second- and third-largest oilfield service companies could soon put Baker Hughes back in play, with GE seen as the most likely bidder. Halliburton and Baker Hughes have said they plan to contest the government’s case, which could delay the timing of any future takeover offers. In December, GE was said to be exploring bids for various assets Halliburton was marketing in an attempt to secure antitrust approval for the deal.

"This is one way you could really accelerate yourself in the oil and gas industry," J. David Anderson, an analyst at Barclays Plc, said Thursday in a phone interview. "Buy Baker to fill in the gap and all of a sudden, you’re one of the more dominant oil service companies out there."

GE has expanded its oil and gas business in recent years through more than $10 billion in acquisitions, making it the company’s fourth-largest division. Yet, within the world of oilfield services and equipment manufacturing, the company ranks 11th, according to Tulsa, Oklahoma-based consultant Spears & Associates. Among GE’s four largest business units in the oilfield sector, none rank larger than third for market share. A large acquisition would vault GE into the top tier.

"If they buy Baker Hughes, they’re immediately in the top 3," Anderson said. "This is sort of the big missing piece."

Melanie Kania, a spokeswoman for Baker Hughes, and David Lurie, a spokesman for GE, declined to comment.

Oil and gas has become central to GE as Chief Executive Officer Jeffrey Immelt focuses operations on industrial manufacturing. He is selling the bulk of GE’s finance arm and its home-appliances unit while expanding divisions making drilling equipment, gas turbines and jet engines.

With the oil market slumping, GE is likely to be opportunistic as it explores potential acquisitions, said Deane Dray, an analyst with RBC Capital Markets. “They are interested, but they’re going to be very, very discerning on the valuation because they’re in the driver’s seat.”

GE has a budget target of about $10 billion for dealmaking in the next few years. While the company could go well over that for the right acquisition, a large purchase may be difficult for some investors to stomach since that could conflict with GE’s stock buyback plans, Dray said.

Even small bolt-on deals could set up GE’s oilfield equipment-making unit to cash in on a return to industry growth in a couple years, Anderson said. Providing offshore services and equipment to the oil industry looks "dead" until about 2018, he said.

In addition, the timing of a large, single acquisition could be slowed by the overhaul of GE’s lending operations, said Scott Davis, an industrial-company analyst with Barclays. After agreeing to sell more than $160 billion of assets over the past year, GE last week submitted an application to U.S. regulators to drop its designation as a too-big-to-fail financial firm.

Until GE is freed from the classification -- and the regulatory restrictions that come with it -- the company is unlikely to pursue larger deals that would require adding significant leverage to its balance sheet, Davis said.

“Anything $6 billion, $7 billion in size or less, I think they would do without hesitation,” he said. “Anything above that and you start to get a little more risky.”

While it makes sense on paper for GE to make a play for Baker Hughes, a deal may never happen, said Andrew Cosgrove, an analyst at Bloomberg Intelligence. Getting bigger in oilfield services doesn’t mean getting better, especially in a world where crude is not forecast to climb back to $100 a barrel anytime soon, he said.

A large acquisition in the oil and gas business would not be “a big part of that margin-uplift story that GE’s trying to achieve,” he said.

Even if GE is interested in a deal, Baker Hughes may not be ready right away. Its merger agreement with Halliburton has made it harder for Baker Hughes to cut more of its costs during the downturn, Brian Ulhmer, an analyst at GMP Securities in Houston, said in an interview.

"You cut all those costs out, you slim it down, then I think you’re positioning yourself for a sale," Anderson said.