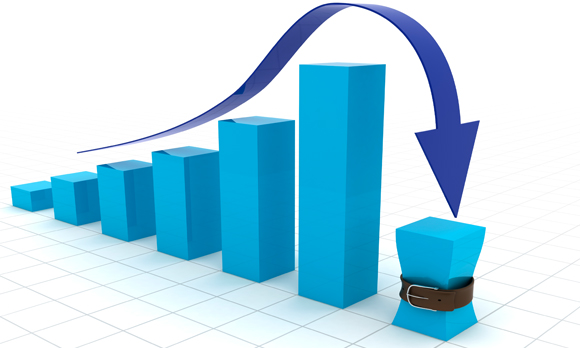 Natural gas producers are finally realizing that the age-old adage is true: If you find yourself in a hole, stop digging.

(Bloomberg) -- Natural gas producers are finally realizing that the age-old adage is true: If you find yourself in a hole, stop digging.

Explorers have idled drilling equipment at historic rates -- a drop in prices has resulted in the fewest rigs in at least three decades searching for new output. Southwestern Energy Co., the third-largest U.S. gas producer, has stopped drilling altogether, while Chesapeake Energy Corp. has no rigs in the gas-rich U.S. East, down from an average of about 13 in 2014.

It’s part of a broader cost-cutting effort as companies aim to weather the downswing, betting that a price recovery will begin this year. While some unfinished wells can be used to keep up output, the industry is facing a sharp drop in future production without new drilling investment. The lack of exploration is particularly troublesome given that output from gas wells tends to decline sharply from initial production rates.

“Companies that do absolutely nothing are going to lose a quarter of their production this year,” said Neal Dingmann, managing director for equity research at SunTrust Robinson Humphrey Inc. in Houston. “How is that going to look for them in 2017?”

Rigless drillers are the companies hardest-hit by the crash in oil and gas prices. They borrowed heavily at the height of the shale boom to snap up assets, only to see futures tumble. Since October 2014, when Southwestern agreed to buy wells and drilling rights from Chesapeake for $5.4 billion, gas prices have dropped almost 50 percent to below $2 per million British thermal units. Oil is down 54 percent.

Gordon Pennoyer, a spokesman for Chesapeake, and Christina Fowler, a spokeswoman for Southwestern, declined to comment.

Drilling has plunged in the Marcellus formation in the eastern U.S., the country’s biggest shale gas region. While production costs there are among the lowest, a shortage of pipeline capacity has trapped supplies there, sending prices plummeting.

Producers need gas prices to rebound and fast. Credit rating downgrades to junk status mean these companies will have limited access to bank financing, and loan agreements reached before the plunge are set to expire. Southwestern, which plans to curtail spending by 80 percent this year, has more than $1.7 billion of debt coming due in 2018.

“They’ve all gotten annihilated, and there’s going to be a lot of companies that end up in bankruptcy," said Gabriele Sorbara, an analyst at Topeka Capital Markets Inc. in New York. “It all comes down to leverage metrics at the end of the day."

So far, a sustained energy rally has proven elusive. Producers have become more efficient at using a technique known as hydraulic fracturing to extract gas from deeply buried rock formations, prolonging a supply glut. Output reached a fifth annual record last year, even as the number of rigs drilling for the fuel dropped to the lowest in data going back to 1987. There are now 88 gas rigs in the U.S., down from more than 1,600 in 2008.

“It’s hard to believe how low it is,” David Beard, managing principal at Coker & Palmer Inc. in Sag Harbor, New York, said of the rig count. “Nobody really wants to drill at $2 gas.”

Rigless drillers do have a few options to shore up their balance sheets. Some are eyeing asset sales to help pay down debt, with Chesapeake announcing in February that it plans to offload another $500 million to $1 billion in properties this year. Cash-starved companies are also turning to private equity for funding, and some producers may be acquisition targets.

Another factor delaying a rebound is the “fracklog.” While the rig count is down, the number of wells waiting to be hydraulically fractured has grown as producers wait for prices to climb. That means output can expand even as explorers cut back on drilling, limiting price gains. There are 3,870 idled oil and gas wells in the U.S., data from Bloomberg Intelligence show.

“These drilled but uncompleted wells do give producers a little bit of a buffer,” said Dingmann of SunTrust. “It buys them some time.”