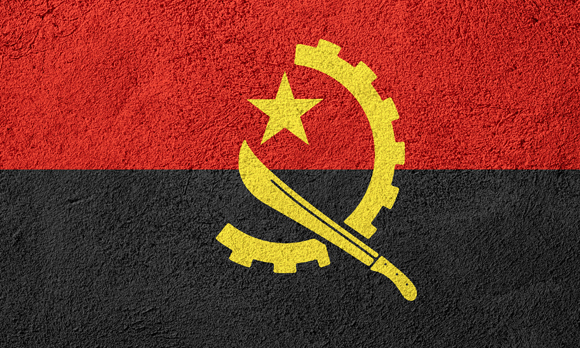 Rigzone looks at the progress of the West Hub and East Hub Development Projects in Block 15/06 offshore Angola.

Capable of increasing the WHDP’s output to around 100,000 barrels of oil per day (bopd) within the first quarter of 2016, according to Eni, Mpungi is the third of six fields scheduled to come on-stream as part of the West Hub venture. First oil from the WHDP occurred in November 2014 from the Sangos field, which was producing at a rate of around 45,000 bopd through the N’Goma FPSO soon after coming online. In April of last year, Eni said a second field, Cinguvu, had commenced production as part of the WHDP. Together, Sangos and Cinguvu were producing around 60,000 bopd through N’Goma.

Eni has been present in Angola since 1980, and currently produces a net total of about 105,000 barrels of oil equivalent per day (boepd) from the country. The Rome-headquartered exploration and production company is the operator of Block 15/06 with a 36.84 percent stake, with Sonangol Pesquisa e Produção and SSI Fifteen Limited holding the remaining 36.84 percent and 26.32 percent interests. After winning the international bid round in 2006, Eni drilled 24 exploration and appraisal wells in Block 15/06, discovering over 3 billion barrels of oil in place and 850 million barrels of reserves.

Following the production start-up from Mpungi, Eni aims to add output from the Mpungi North field discovery, which was made in 2013, to the West Hub development, as well as production from the Ochigufu and Vandumbu fields. Oil was discovered in the Ochigufu exploration prospect back in 2014 through the Ochigufu 1 NFW well, with Eni estimating the find to contain 300 million barrels of oil in place. The well encountered a net oil pay of 154 feet and initial data acquired from Ochigufu 1 indicated a production capacity equal to more than 5,000 bopd. In 2013, oil was found at the Vandumbu field through the Vandumbu 1 well and a side-track revealed a net oil pay of 374 feet. Data from Vandumbu 1 ST suggested that the side-track well has a production capacity in excess of 5,000 bopd.

Although six fields are currently expected to come online as part of the WHDP, this figure could increase as Eni is continuing its exploration program in Block 15/06 and has pledged to connect any new discoveries it may find in the area to existing production infrastructure. As things stand, however, Eni anticipates that the West Hub Project will be completed in early 2017, which is the same year that the company plans to start production from the East Hub Development Project (EHDP), also located in Block 15/06.

The EHDP will see the production start-up of the Cabaça North and Cabaça South East discoveries, which were made in 2009 and 2010, respectively. Phase one of the East Hub project foresees the development of Cabaça SE and the drilling of ten subsea wells, as well as the installation of an FPSO vessel with a capacity of 80,000 barrels per day (bpd), according to Eni’s company reports. Peak production is estimated at around 17,000 bpd net to the Italian energy firm.

Drilled to a total depth of 9,284 feet, the Cabaça North-1 well encountered oil pay in sands with “excellent reservoir characteristics,” according to an Eni statement. The well produced oil at rates in excess of 6,500 bopd during production tests, when flow rates were constrained by surface equipment. In July 2010, Eni announced that the Cabaça South East-1 well had proven the existence of oil bearing reservoirs with a total gross thickness of 1,476 feet.

Described as a “major oil discovery” by Eni, the Cabaça South East-1 find was appraised towards the end of 2010 through the Cabaça South East-2 well. During production tests this appraisal well flowed oil at rates of around 7,000 bpd, when flow was constrained by the limited capacity of the surface facilities, and evaluations indicated that the well had increased the initial estimate of oil in place for the discovery by “at least 30 percent,” according to Eni.

Currently, the start-up of the EHDP is expected to raise overall production from Block 15/06 to approximately 200,000 bopd. This figure could change however, should Eni come across any other discoveries in the region that are suitable to be added to the project.

With the WHDP scheduled to reach its conclusion in 2017 and the impending production commencement of the EHDP, both projects look to be progressing well. It’s important to note, however, that Angola has one of “the largest [inventories] of delayed oil projects” in the world, according to Angus Rodger, upstream principal analyst for Wood Mackenzie, who made the statement in a Woodmac report sent to Rigzone in January. As such, both projects are more at risk of deferments and delays than developments in other parts of the globe. Whether or not the WHDP and EHDP will be pushed back remains to be seen, but with Wood Mac predicting that production is set to stagnate in Angola, it’s safe to assume that any delays would be highly unwelcome.