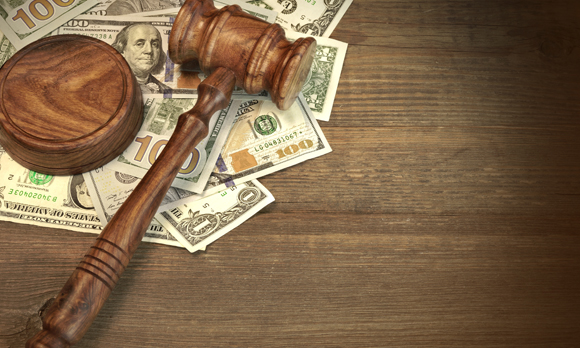 SandRidge confirms it has hired advisers to evaluate options including a bankruptcy filing, in what could be the most high-profile reorganization yet in US shale oil industry.

March 30 (Reuters) - SandRidge Energy Inc confirmed on Wednesday it has hired advisers to evaluate options including a bankruptcy filing, in what could be the most high-profile reorganization yet in U.S. shale oil industry.

The company, battered by a 60 percent slide in oil prices since mid-2014, said in a regulatory filing there was substantial doubt about its financial viability.

The company "has engaged advisors to assist with a private restructuring or reorganization under Title 11 of the U.S. Bankruptcy Code in the foreseeable future," the filing said. (http://1.usa.gov/1SwIoGL)

SandRidge officials could not immediately be reached by phone.

SandRidge is one of dozens of oil and gas companies with piles of debt that look increasingly difficult to pay as revenues, oil and gas output, and reserves tumble on low prices.

A pullback in expensive new drilling means SandRidge's oil and gas output fell 18 percent in the fourth quarter of 2015 compared with the same period a year ago.

Reuters reported in January that the heavily indebted oil and gas company was exploring debt restructuring options, including an orderly bankruptcy.

SandRidge, which is working with law firm Kirkland & Ellis and investment bank Houlihan Lokey on restructuring options, has drawn down its revolving credit line and has tried to trim costs with asset sales and job cuts.

In December, Capital One Securities ranked SandRidge as the most indebted of 50 U.S. shale oil producers, noting that its net debt to cash flow ratio exceeded 10, far above a ratio of 2 that analysts consider desirable. (http://reut.rs/21MrSHM)

Oklahoma City-based SandRidge, which reported a loss on Tuesday after delaying the filing, had about $3.63 billion in total debt as of Dec. 31.

SandRidge, which produces oil and gas from shale formations in Oklahoma and Kansas, was founded in 2006 by Tom Ward, who also co-founded natural gas company Chesapeake Energy Corp . Ward, a pioneer of the U.S. fracking boom, was ousted as chief executive in June 2013 by SandRidge's board after a fight with activist shareholders.

The company's stock rose as much as 50 percent after Ward's ouster, but since then has crashed. Its shares now trade at around 10 cents each. In 2008, they were worth more than $60 each.

(Reporting by Arathy S Nair in Bengaluru and Terry Wade in Houston; Editing by Ernest Scheyder and Nick Zieminski)

Jim Houlihan  |  March 31, 2016
How did the owners of the company allow things to slip so far - with quarterly reporting to shareholders, this is several quarters in denial and several quarters outide what analysts consider desire able ... Is Wall Street being run by a bunch of ostriches?????
RELATED COMPANIES
Company: SandRidge Energy, Inc. more info