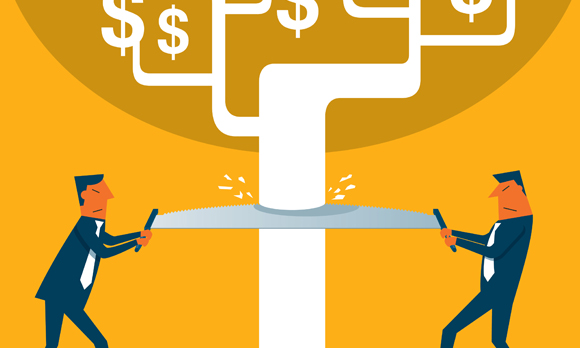 After chopping spending by almost one-third to cope with a crash in oil prices and billions in writedowns that sent profits to the weakest since last decade, China's energy giants are cutting even deeper.

(Bloomberg) -- After chopping spending by almost one-third to cope with a crash in oil prices and billions in writedowns that sent profits to the weakest since last decade, China’s energy giants are cutting even deeper.

PetroChina Co., Cnooc Ltd. and China Petroleum & Chemical Corp., which together produce more crude than any country in OPEC besides Saudi Arabia, will reduce combined capital expenditure by about 8 percent this year, or roughly 29.5 billion yuan ($4.6 billion). That’s after they cut almost 174 billion yuan from spending last year.

"The Chinese oil giants will continue to cut," Qiu Xiaofeng, chief oil analyst with China Galaxy Securities Co., said by phone from Shanghai. "If the oil price can rebound to near $50 a barrel at the end of this year, I think they won’t need to further reduce their expenditure in 2017."

Energy companies globally have shelved about $380 billion worth of major projects that could produce 27 billion barrels of oil equivalent, Wood Mackenzie Ltd. estimated in January. Sixteen global integrated oil companies outside China are expected to cut $22 billion of capital spending this year, according to estimates compiled by Bloomberg Intelligence.

PetroChina Co. profits fell by two-thirds to the lowest since it started trading publicly in 2000 while Cnooc Ltd.’s income was the worst since 2004. China Petroleum & Chemical Corp., Asia’s biggest refiner, reported a 30 percent drop, with refining cushioning its fall.

Reduced investments are leading to a drop in output by the world’s fifth-biggest producer and its second-largest consumer. China’s production in 2016 will decline as much as 5 percent from last year’s record 4.3 million barrels a day, according to estimates last month from Nomura Holdings Inc. and Sanford C. Bernstein & Co. That would be the first drop in seven years, and the biggest in records going back to 1990.

The three companies combined output, including overseas production, is forecast to slip 2.2 percent to 6.6 million barrels of oil equivalent a day next year, according to their earnings reports.

Output beyond this year depends on the oil price, which has clawed back from a 12-year low earlier this year. If crude stays at about $40 a barrel next year, Chinese companies may need to further cut output, Qiu said. Brent crude was at $39.63 a barrel in London on Wednesday, up 6.3 percent this year.