Crude At $40 Isn't The Only Problem Facing Norway's Oil Industry 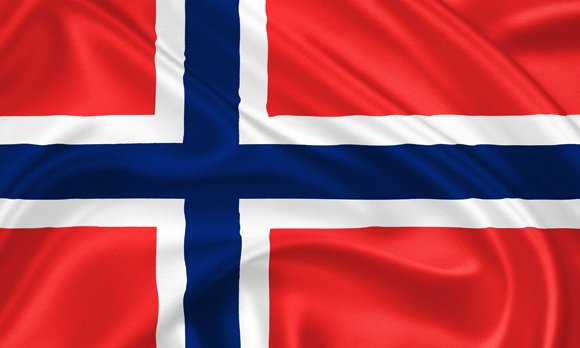 In addition to the collapse of crude prices, explorers in western Europe's biggest oil-producing nation have also had their leanest drilling spell in almost a decade.

(Bloomberg) -- The collapse of crude prices isn’t the only problem facing energy companies in Norway: Explorers in western Europe’s biggest oil-producing nation also have had their leanest drilling spell in almost a decade.

Companies searching off Norway found less than 5 million barrels of oil and gas for every exploration well drilled last year, the lowest ratio since 2006, according to Bloomberg calculations based on Norwegian Petroleum Directorate data. That compares with a 27 million-barrel average over the past 25 years.

The dismal results, due in part to the depletion of the North Sea, are bad news for a country whose oil production has shrunk by half since 2000. The slump in prices has already dried up income from crude extraction, which feeds the world’s biggest sovereign wealth fund and has made Norwegians some of the richest people on the planet. In January the government made its first withdrawal from the fund since it was set up in the 1990s as the market rout eroded growth.

The dwindling drilling success has left the country’s top explorers --  Statoil ASA and Lundin Petroleum AB -- impatient to tap an entirely new region of the nation’s Arctic, bordering Russian waters. Norway plans to award licenses in an area known as the Barents Sea Southeast before summer and drilling could begin as soon as 2017.

“Those blocks are probably the best acreage being offered in Norway since the 1990s,” Lundin Chief Executive Officer Alex Schneiter said in an interview in Oslo. “If you want to grow significantly in resources, go north.”

With crude trading around $40 a barrel following the worst downturn in a generation, that might seem like odd advice. Explorers including Statoil and Royal Dutch Shell Plc have fled other parts of the Arctic such as Alaska and Greenland, where extreme conditions and environmental risks make operations costly.

Two factors help explain why Statoil, Shell and others are salivating over new blocks in the region.

The Barents Sea, an area off Norway’s northern tip that’s the main focus of the country’s 23rd licensing round, is less hostile than other Arctic waters thanks to the Gulf Stream, with shallower and mostly ice-free access. And the Barents Sea Southeast, the first new acreage to be opened to exploration in Norway since 1994, could hold “gigantic structures,” according to consultants Rystad Energy AS.

“The 23rd round is very exciting,” said Statoil Chief Financial Officer Hans Jakob Hegge. “Access to acreage is important to maintain stable activity” as the volumes discovered will tend to decline in a mature area, he said.

Norway is counting on the little-explored Barents Sea to become its next big petroleum province. So far, companies have drilled only 125 exploration wells there compared with 1,146 in the North Sea, according to the petroleum directorate. That includes wildcat wells, which are drilled at sites not previously explored, and appraisal wells, used to define a known reservoir. The NPD estimates that the Barents holds almost half of the country’s undiscovered oil and gas resources.

Eni SpA started production this month at the Barents Sea’s first oil field, Goliat. Statoil, Lundin and OMV AG have made other discoveries that are yet to be developed. No wells have been drilled in the Barents Sea Southeast because the area was disputed by Russia for decades until a bilateral border agreement was reached in 2010.

The latest licensing round includes Norway’s northernmost blocks, despite protests from environmental groups and opposition parties that they’re too close to the polar ice-cap, meaning a spill could have disastrous consequences for an already fragile ecosystem sustaining animals from polar bears to birds and fish.

Statoil, Shell and Lundin were among 26 companies that applied for licenses in December, sending a “strong signal” of interest in the current market downturn, according to Jarand Rystad, managing partner at Rystad Energy.

Oil companies in Norway will cut spending for a third consecutive year and drill almost half as many exploration wells in 2016 than in 2015, the NPD forecast in January. Given the waning activity and exploration efficiency, opening up as much acreage as possible is “the only right thing” to do for the government, said Karl Johnny Hersvik, CEO of explorer Det Norske Oljeselskap ASA.

The biggest discovery in Norway in recent years -- the giant Johan Sverdrup field, which could hold as many as 3 billion barrels of oil -- was made in the North Sea, not the Barents. Yet while it showed the North Sea still has potential, even Lundin, which made the initial find in 2010, believes future success is more likely farther north.

“It was a shock wave to the whole industry, but I would say that certainly that area is mature -- it’s going to be less exciting than if you go north,” Lundin’s Schneiter said. In the Barents Sea, “we’re just scratching the surface. So I think there’s the card to play -- and maybe the next Johan Sverdrup,” he said.