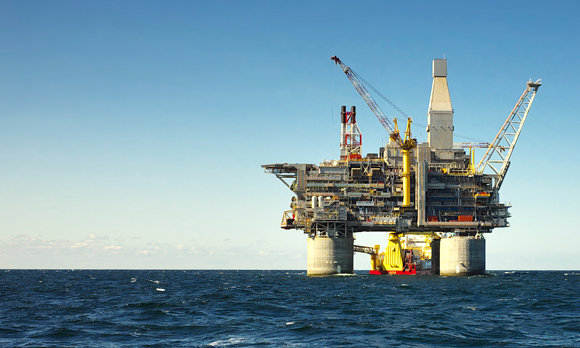 Oil companies operating in Mexico's deep waters must use national suppliers for 8% of the projects by 2025, the government says.

MEXICO CITY, March 29 (Reuters) - Oil companies operating in Mexico's deep waters must use national suppliers for 8 percent of the projects by 2025, the government said on Tuesday, a relatively low rate meant to encourage foreign and private firms to bid on contracts.

Mexico's oil regulator has scheduled its first-ever deep water auction in early December for 10 blocks in the Gulf of Mexico, after constitutional amendments in 2013 ended a nearly eight-decade monopoly by state oil firm Pemex.

The low rate would allow companies to rely less on Mexican suppliers, which have limited expertise in the country's largely unexplored deep waters.

The rule set a 3 percent minimum in 2015, which covered the few projects operated by Pemex, that would rise to a maximum of 8 percent in 2025, according to a statement in the government's official gazette.

The content minimums are far lower than for onshore and shallow water projects, which top out at 35 percent.

Luis Miguel Labardini, an oil analyst with Mexico City-based energy consultancy Marcos y Asociados, described the rule as "very reasonable," particularly when compared to those in countries like Brazil.

"I think it's a good sign that will give international operators flexibility," he said.