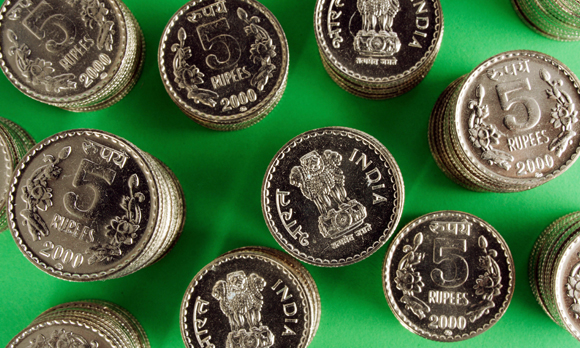 Oil and Natural Gas Corporation approves an investment of about $5B over the next few years in its east coast oil and gas asset, in a bid to boost production and benefit from a change in government policy.

NEW DELHI, March 28 (Reuters) - India's Oil and Natural Gas Corporation has approved an investment of 340 billion rupees (about $5 billion) over the next few years in its east coast oil and gas asset, in a bid to boost production and benefit from a change in government policy.

Earlier this month, a top company official said ONGC would unveil an investment of around $5 billion by the end of March to develop the asset, with a view to tapping higher gas prices.

The move comes close on the heels of a government decision in early March that allowed producers to claim a higher price for gas extracted from hydrocarbon basins located in the deep water and ultra-deep water areas of India, where development costs can be significantly higher.

The investment also clears the air over two major issues that the company has faced for more than a decade - failing to increase production from its ageing fields and dragging its feet on development of the offshore asset which it acquired in 2005 under a swap agreement with UK's Cairn Energy Plc .

The board of India's biggest oil and gas explorer approved the much-delayed investment plan into the fields, called cluster 2, which is expected to net peak production of 77,000 barrels per day (bpd) of crude oil and 16.29 million metric standard cubic metres per day (mmscmd) of gas by fiscal 2021-22, said the company's Chairman and Managing Director, D K Sarraf.

"This is the biggest ever financial decision taken by ONGC in its history," Sarraf said.

Natural gas production from the field is expected to start from June 2019, while crude oil production will start from March 2020, he said, adding the plateau production at peak rates will continue for about 5-6 years.

The increased production will help hike the company's profit after tax by $585 million by fiscal 2021, ONGC's Director - Finance, A K Srinivasan, said during a media briefing.

The investment can potentially boost the company's crude oil output by 15 percent and natural gas output by about a quarter in the next 4-5 years, as per its production figures as on end-March 2015.