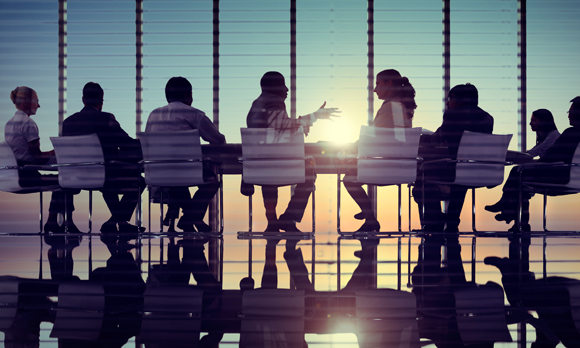 As low oil prices continue, senior executives from oil and gas companies focus on short-term and long-term strategies to stay competitive and grow.

McKay, along with Mohammed Al-Qahtani, Saudi Aramco’s senior vice president for upstream, and Steve Williams, president and CEO of Suncor Energy, discussed how their companies were responding to the low oil price environment.

Al-Qahtani said the future course of upstream will be guided by the choices policymakers, regulators and consumers make now. He spoke of the “critical manpower shortages,” in the industry, addressing the graying workforce and the complexity of maturing oilfields.

“It’s hard to convince young men and women that they have a bright future in the oil and gas industry,” he said. “I see a tough talent squeeze once the market picks back up.”

Saudi Aramco has taken a long-term approach to this, said Al-Qahtani, by continuing to send hundreds of students each year to top earth sciences schools for undergraduate and graduate degrees. The company has also increased research and development funding by 60 percent in the last three years.

Suncor’s Williams said Canada’s oil sands is an industry only 10 years old and whose economics are not very well understood.

“We’re almost not a part of the oil industry … a lot of the characteristics of the industry are very different,” Williams said. “Our business is not one of exploration, development and production. It’s largely capital investment projects that last for a long period of time.”

Williams said during the downturn, Suncor has focused on operational excellence.

“We’ve been involved in continuing to finish our organic projects, carrying out some acquisitions through this stage,” he said. “As an industry, we have to be more outspoken about our engagement in some of the environmental solutions.”

BP’s McKay said there was and is still a lot of insufficiency in the industry, but massive improvements are being made.

Utilization of technology is important to maneuver the downturn and McKay said virtually everything BP does is tied to technology in some way, but in order to make an impact, technology must be implemented in scale.

“We work especially hard with seismic imaging … with production technology, we look for giant resource bases such as Saudi Arabia and Canada,” he said. We’ve said “we’re going to try to balance for a cash flow somewhere between $50 and $60 for the near term.” 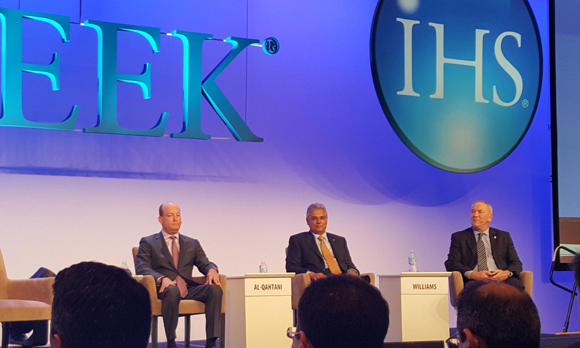 Dan Murphy  |  February 25, 2016
I am not an economist. I am not an engineer (although I have spent the last 35 years with engineers). I am simply an old Sales Guy (Business Development) who has been in this industry since 1980 and I have seen quite a few ups and downs including the bust of 1985-86. OPEC has historically dominated Oil Pricing through their massive ability to turn their valves in one direction or the other. They have viewed our growing Domestic industry as a threat not only to their continued dominance as a supplier but also see us as potentially a major rival. We were on the precipice of becoming independent of OPEC but since they can easily afford to over-produce and drive down the World price of petroleum, that is what they have done. Stability is a term seldom heard when it comes to Oil Pricing yet this is what we are all seeking. My solution: A Floating Tariff. We need a steady and reliable floor on the barrel price of oil in order assure the Domestic Oil Industry any hope of long term growth and continued movement toward national Energy Independence. If, for example, the US producers need oil at $80 a barrel for long term growth and sustainability and OPEC imported oil is at $40, the US should slap a $40 per barrel Tariff on all imported oil. (I can hear the screams and howls already.) If the OPEC price is at $80 or above--no Tariff. (Donald Trump: Are you listening???) We can also make a firm commitment to apply all Tariff funds to reducing the National Debt or a some other worthwhile national cause. If we dont take action---and soon---OPEC is preparing to give the US Domestic Oil Industry a slow and painful death. This is not an accident but rather a plan. I will go out on a limb and say that if we do not take this action soon we will see--in our lifetimes--Gasoline Rationing and waiting lines at the fuel pumps just like 1973-1974. I was there--I remember waiting for three hours in gas lines. If you think it cannot happen again you are not living in reality.
RELATED COMPANIES
Company: BP plc more info
Company: Saudi Aramco more info
Company: Suncor Energy more info