Iran to Dominate Attention in 2016

In the EMEA, Russia and Caspian region, much attention will be focused on Iran during 2016. In the early part of the year, Iran is expected to offer 52 development projects and provide more details on the Iran Petroleum Contract terms

"However, negotiations will take time. We do not expect any meaningful ramp up in production from new developments this year," Wood Mac said.

Offshore Egypt, Italian firm Eni is expected to sanction the Zohr super giant field, which was discovered in the summer of 2015.

"Work has started on the first of three appraisal wells that will form the basis of the 800-million cubic-feet-per-day phase one subsea development. With an ambitious plan of first gas in 2017, Eni will need to work quickly to install subsea equipment and tie the field back to existing infrastructure, over 130 kilometers [80 miles] away."

Elsewhere in Africa in 2016, Wood Mac expects Sub-Saharan Africa to offer plenty of M&A opportunities throughout the region as a range of companies look to generate cash.

"Majors, NOCs, mid-caps, independents and juniors will all be looking to sell a variety of assets. But the question is: where are the buyers?" it said.

Meanwhile, production is set to stagnate for two of Africa's biggest producers – Nigeria and Angola – as investment cuts bite.

The 2016 headline for the Caspian region will be the final investment decision (FID) for the Tengizchevroil Future Growth Project (FGP) – a $30-billion expansion project at Kazakhstan's largest liquids producer.

"Sanction of the capital-intensive project will be the largest global FID of recent years, dwarfing the shortlist of other approvals expected in 2016," Wood Mac said.

In Russia, Wood Mac expects liquids production to be unaffected by the low oil price environment, with 2016 production to remain greater than 10.7 million barrels per day. But the upstream sector in Russia will face uncertainty as the Russian government considers tax changes amid failing budget revenues, with continued EU/US sanctions, geopolitical risk and a volatile rouble all continuing to be challenges.

Perhaps the worst part of the EMEA region will be the North Sea, where Wood Mac sees a further drop in capital investment, falling exploration activity and rationalization of operations "as the industry looks to survive and adapt to another year of low prices". Although 13 fields are scheduled to start up in the North Sea during 2016, the consultant noted that several UK fields were operating with a cash flow negative position in 2015 and that some are now going to be retired early.

In Australia, Wood Mac does not expect the final investment decision for the Browse floating liquid natural gas project to occur in 2016 as currently scheduled. Instead, the consultant reckons 2017 is more viable because of the challenges associated with the project's huge capital requirements and breakeven economics. However, the Gorgon LNG project is expected to finally start production in June 2016.

In China, Wood Mac expects the country's national oil companies to struggle to balance shale development while cutting costs and curbing the most-expensive production in the face of an over-supplied gas market. It said that Sinopec and PetroChina will continue investing in shale to support the government's ambitious targets in spite of capital constraints and the significant slowdown in China's gas demand growth.

For international oil companies in China, BP "has been swimming against the tide" as the other majors reduce their exposure to China and refocus on core assets.

Meanwhile, although China's five-year plans have historically been relatively light in respect to the upstream sector, Wood Mac expects this to change under the 13th FYP.

Elsewhere in Asia, Wood Mac sees many countries looking at how to adapt their tax regimes to secure future upstream investment now that Indonesia and India have embarked on a review of their fiscal terms. 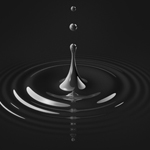 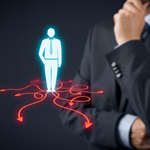 More than Leadership: What Makes a Good CEO?
-Valerie Jones 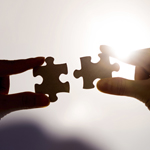