No Keystone, No Problem: TransCanada Turns to Mexico Expansion 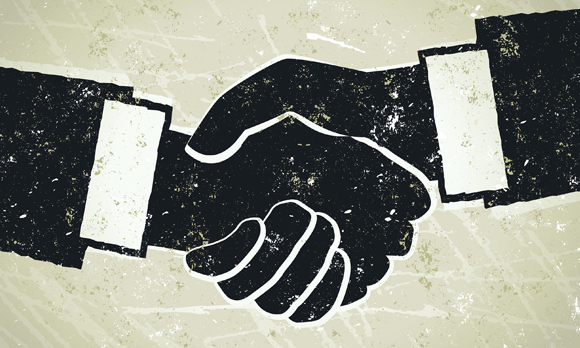 Days after the US spurned TransCanada's proposal to expand its Keystone pipeline network across North America, Mexico opened its arms.

(Bloomberg) -- Days after the U.S. spurned TransCanada Corp.’s proposal to expand its Keystone pipeline network across North America, Mexico opened its arms. TransCanada won the rights last week for its sixth pipeline in Mexico, one of the company’s key targets for growth. The Nov. 10 decision came four days after the U.S. denied TransCanada’s bid to build its Keystone XL oil sands project across the border into Nebraska where it would connect to existing pipes leading to Gulf Coast refineries.

Mexico’s need for foreign investment to help the nation improve its infrastructure is a welcome opportunity for TransCanada after losing its seven-year battle to complete Keystone XL. The Canadian company, which owns both pipelines and power plants, plans to invest more than $3 billion in the country by 2017, said Robert Jones, President of Mexico operations.

"We see a number of short and long-term opportunities,” Jones said in a Nov. 13 interview from his Mexico City office. Mexico is planning to hold as many as five pipeline auctions before the end of January, and TransCanada will “look at them all."

The new 263-kilometer (163 mile) pipeline will carry natural gas from the coastal port town of Tuxpan to the central industrial hub of Tula, giving TransCanada what Jones called "a nice foothold" in a major natural gas market for the country.

TransCanada’s expansion in Mexico coincides with the country’s overhaul of its energy industry that ended the state- run monopolies of the Comision Federal de Electricidad and Petroleos Mexicanos, opening the door to private investment. Mexico plans to expand its pipeline infrastructure 75 percent by 2018 and is seeking as much as $10 billion in investment for 24 new projects in the short term, according to Enrique Ochoa, chief executive officer of the CFE, as the state-run utility is known.

TransCanada currently only operates gas pipelines in Mexico, but is interested in expanding its portfolio of projects to oil and power generation, Jones said.

“Hydrocarbons liquids, hydrocarbon gas, and power generation: those are the three business units we have,” Jones said. “We only have the one in Mexico with gas pipelines, but we’re looking forward to opportunities in the other two as well.”

TransCanada’s expansion in Mexico is proving to be less complicated than in other areas of North America where projects have stalled or been canceled by environmental and political opposition, as in the case of Keystone XL, according to Michael Kay, Bloomberg Intelligence analyst. The company’s push to expand in Mexico is “logical,” as there are far less regulatory risks compared to the U.S. or Canada, he said.

“You can see that the story is much bigger than Keystone XL,” TransCanada Chief Executive Officer Russ Girling said Tuesday at an annual investor presentation in Toronto. The company said it expects to extend its dividend growth plan of 8 to 10 percent annually through to 2020, as it advances more small and medium-sized projects including the Mexican pipelines.

“There is a little less push back in Mexico once the company has project approvals,” said Rob Desai, an analyst at Edward Jones in St. Louis. “TransCanada would like to go where there is a little more certainty, and I think they will look to Mexico a little bit more for some growth in the future.”

Mexico’s government announced rule changes in September to allow companies to list shares through what are called master limited-partnerships, a popular format in the U.S. that shelters profits from government taxes. The MLPs, known as Fibra E in Mexico, may encourage investment in Mexico’s energy infrastructure industry as the country’s pipeline network expands, according to Bloomberg’s Kay.

TransCanada has one pipeline unit in the U.S. organized as an MLP, and is “looking at whether or not it makes sense” as a future financing option for Mexico, Jones said.

The opening of Mexico’s energy industry to market dynamics "is a great thing and will attract a lot of companies and a lot of investment,” Jones said. “TransCanada wants to be a part of that.”