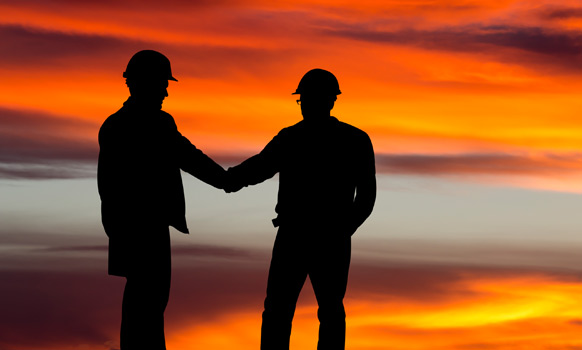 Even with oil prices possibly past the low point, and production falling from outside of OPEC, there aren't enough signs to say a full recovery is in the works, Kuwait's oil minister says.

(Bloomberg) -- Even with oil prices possibly past the low point, and production falling from outside of OPEC, there aren’t enough signs to say a full recovery is in the works, Kuwait’s oil minister said.

Oil ministers from the Organization of Petroleum Exporting Countries need until next month to decide if the rebound is for real, and if it’s not, any production cuts shouldn’t fall only on OPEC’s shoulders, Ali Al-Omair said in an interview in Riyadh on Wednesday.

Brent crude rose 2.5 percent in October, after falling 11 percent the month before, amid signs production is falling in the U.S. As the U.S. wilts, demand for OPEC’s crude will grow in 2015, ending two years of retreat, the International Energy Agency estimates. OPEC meets Dec. 4 in Vienna.

“There are signs of improvements in market but there are no clear signs to say that recovery or rebalancing will happen in this quarter or that quarter,” Omair said. “When we meet next month in Vienna we will have a better view of the situation.”

Oil prices will increase if global economic growth improves, and high-cost production is cut, Omair said. “If the situation is as it is then the only parameter will be the withdrawal of the high-cost production.” Brent traded at $48.72 a barrel on the London-based ICE Futures Europe exchange on Thursday.

Crude at $50 is unsustainable just as $115 isn’t good, Tord Lien, Norway’s oil minister, said in an interview Wednesday. The industry in Norway, Western Europe’s biggest oil producer, has cut costs 15 percent this year and will probably do so again next year, he said.

The number of rigs drilling for oil in the U.S. slumped to a five-year low last week as producers curbed investment because of low prices. Brent has slumped 38 percent in the past year, falling to as low as $42.23 a barrel in August.

U.S. crude output will retreat by about 10 percent in the 12 months ending April, according to Daniel Yergin, vice chairman of IHS Inc. Prices are near a bottom and global supplies look set to close the gap with demand amid declining output, he said in Tokyo on Oct. 30. Production in the U.S. will drop 1 million barrels a day from the peak by early 2016, Vitol SA Chief Executive Officer Ian Taylor said at a conference in London.

Oil failed to sustain a gain above $50 a barrel last month as OPEC pumped above its quota for the past 17 months. “Prices have not gone down below $40 a barrel for the last three months so maybe it is at the bottom,” Omair said.

--With assistance from Javier Blas in London.

What Kind of Potential Does 3D Printing Hold for Oil, Gas?
-Karen Boman

John Wilson  |  November 08, 2015
WTI was down again on Thursday and Friday 11/5 and 6. Looks to be going lower. Given Iran, North American overproduction and, of course, OPEC, where is the anticipated turnaround?
Derek Louden  |  November 05, 2015
Weve still to see the return of Iran to world markets. Until this happens and the Saudis subsequently react there wont be a sustained recovery or even stability in prices. How quickly Iran can ramp up production will determine where prices go next.
RELATED COMPANIES
Company: OPEC more info