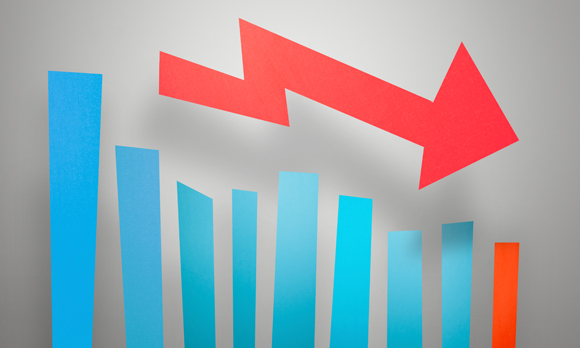 Decline rates on conventional fields will play a critical part rebalancing the oil market and determining where oil prices settle in the longer term.

LONDON, Sept 15 (Reuters) - "It takes all the running you can do to keep in the same place. If you want to get somewhere else, you must run at least twice as fast," the Red Queen told Alice in Lewis Carroll's novel "Through the Looking-Glass".

Oil companies have to invest heavily simply to offset the impact of natural decline rates on their existing fields, and even more if they want actually to increase production.

The need for continued investment and drilling to maintain output as a result of the rapid decline rates on shale wells has been widely discussed.

But decline rates on conventional oil fields are even more important because they account for more than 90 percent of global production.

Decline rates on conventional fields will play a critical part rebalancing the oil market and determining where oil prices settle in the longer term.

Decline rates will cut output by several million barrels per day each year in 2016 and 2017 unless oil producers invest to maintain production levels from existing fields and develop replacement fields.

But with oil prices below $50 per barrel, almost all companies, from the super-majors to national oil companies and independents, are slashing exploration and production budgets hard to conserve cash.

"Because of the drop in oil-sales revenues, the Iraqi government has sharply reduced the funds available to the Ministry of Oil," the ministry told operators. "This will reduce the funds available for the reimbursement of petroleum costs to our contractors."

Some of the cuts in spending reflect a successful efficiency drive and efforts to squeeze the costs of supplies and oilfield services. But there are also real cuts in exploration and development programmes which will have a direct impact on the replacement of declining output.

The agency predicts non-OPEC oil supply could decline as much as 500,000 barrels per day (bpd) in 2016 because of the capital strike, which would be the biggest annual fall in 24 years.

Production from a conventional field follows a well-defined pattern, ramping up quickly, then stabilising near the peak for a few years, before entering a long slow decline.

Output rises initially as the field is developed from a single well to a full array of producing holes deployed to drain the reservoir efficiently.

But as the oil, gas and water contained in the producing formations is depleted, pressure falls and the reservoir's natural energy declines.

Eventually, production starts to fall as the wells flow more slowly and produce a higher proportion of water rather than oil.

Field operators employ a variety of strategies to prolong production as long as possible and delay the onset of natural decline or at least reduce the decline rate.

Associated gas brought to the surface with the oil can be re-injected to help maintain field pressure or gas can be pumped in from other sources.

And water, natural gas, carbon dioxide or special polymers can be injected into the fringes of the field to drive the remaining oil towards the producing wells ("Enhanced oil recovery: field case studies" 2013).

Field management plans can increase the ultimate amount of oil recovered significantly, but eventually the fate of all wells and fields is the same: they produce mostly water and are eventually shut down.

The operating costs of running the pumps and injecting water, gas or other materials eventually become greater than the value of the oil and the field becomes marginal and is abandoned.

Based on an analysis of the production history of more than 1,600 conventional fields between 1950 and 2012, the IEA has estimated decline rates for a range of fields.

For fields which have passed their peak, observed output declined on average by 6.2 percent per year, according to the IEA ("World Energy Outlook 2013").

Decline rates for offshore wells, especially in deepwater, are faster than for onshore fields because the greater upfront cost of drilling them encourages operators to develop them more aggressively to earn their money back.

Decline rates on smaller fields tend to be faster than those for larger ones, where different sections of the field can be developed over time.

And decline rates on non-OPEC fields tend to be faster than for OPEC fields, mostly because of the different mix of fields.

OPEC members in the Middle East and North Africa produce mostly from very large onshore fields which they have developed slowly to maximise and long-term revenues.

Non-OPEC production contains a much larger share of small and offshore fields which are depleted relatively quickly for commercial reasons.

Most of the fields within the IEA database have received some investment to offset the impact of natural decline rates.

The agency estimates this sustaining capital investment has typically reduced the decline rate by around 2.5 percent per year.

Without investment, the production from a mature oil field would decline by around 9 percent per year on average according to the IEA.

The precise impact of decline rates on the 90 million barrels per day global oil industry is hard to calculate because some fields are still ramping up, while others are declining at different rates depending on age and type and the amount of sustaining investment.

But that projection was produced when oil prices were averaging well above $100 per barrel and expected to remain at that level throughout the second half of the current decade and into the 2020s.

In a world where oil prices are expected to average just $50-$70 per barrel over the next few years, actual decline rates could easily reach 3 percent or even 4 percent per year.

Under a range of plausible assumptions, decline rates could easily cut between 1.4 million and 3.6 million bpd from the output of existing fields in 2016 and again in 2017.

Some of that will be replaced by new fields discovered and given the go-ahead for development during the years of high prices and are scheduled to come into production in 2016 and 2017.

Beyond 2017, however, the pipeline of new fields scheduled to come onstream will remain very thin unless oil prices rise substantially.

In the meantime, oil companies must be induced to invest enough in existing fields to stem the impact of the remorseless decline from current wells.

But with oil prices stuck at less than $50 per barrel, and almost all companies cutting capital expenditure plans for 2016, it looks like decline rates will take over in 2016.

Unless prices recover, non-OPEC output is set to fall in 2016, and the IEA's forecast 500,000 bpd cut could end up looking conservative.