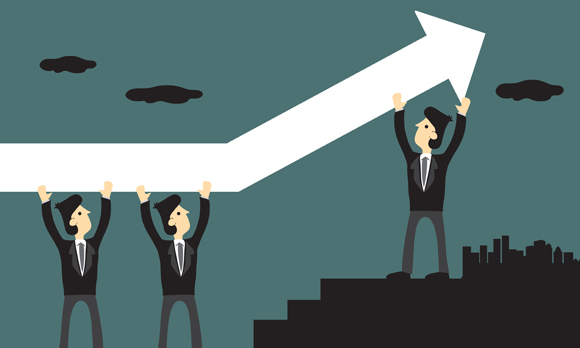 This opinion piece presents the opinions of the author.
It does not necessarily reflect the views of Rigzone.

Ingham, speaking to roughly a dozen reporters in Houston on July 27, pointed out that the decline in oil price, drilling rig count, drilling permits, and well completions would strongly indicate that oil production would decline, also. That has not been the case as crude oil production has increased to 107.6 million barrels in June, which is 15.8 million barrels (17.2 percent) more than in June 2014.

Ingham, who is author of the Texas Petro Index (TPI), projected that total oil production in 2015 will be 1.284 billion barrels, surpassing the record high of 1.263 billion barrels set in 1972.

TPI indicators illustrate the apparent economic disconnect between oil production and wellhead prices in Texas. According to the June 2015 TPI, in the past year the average wellhead price of crude oil has declined 44.7 percent, to $56.24 per barrel from $101.68/bbl in June 2014. Yet, in that same 12-month period, crude oil production in Texas grew a little more than 15.8 million bbls, a17.2-percent increase.

“The decline in the rig count and the number of drilling permits issued, and indeed in the number of wells drilled has yet to translate to a decline in Texas crude oil production, and in fact the rate of growth has yet to indicate a significant slowdown,” Ingham said. “It seems clear at this point that Texas crude oil production in 2015 will surpass its all-time high of 1.263 billion barrels in 1972, with estimated annual production in 2015 totaling 1.284 billion barrels.”

Natural gas production in Texas has increased, too. Though dramatically less pronounced, natural gas production and pricing in Texas also are trending inversely. According to the TPI, the gas wellhead price during the first six months of 2015 averaged $2.70 per thousand cubic feet (Mcf), 44 percent less than the average of $4.62 per Mcf through the first six months of 2014. Meanwhile, Texas gas output this year through June totaled 4.3 billion cubic feet, 3 percent more than in the same time last year.

Again, it is no secret that the oversupply of crude oil and natural gas has created a drop in price and in virtually every category in the TPI, except production.

Noting the recent $10 per barrel plunge in oil prices that occurred when agreement on the Iranian Nuclear Accord was announced – fulfillment of which would allow presently embargoed Iranian crude oil to return to already-oversupplied global markets – Ingham said, “the retreat in price caused by the prospect of significant volumes of new oil entering the market suggests we are not out of the woods at this point in terms of the potential for a new round of price decline.  If oil prices decline further, the possibility still exists for additional declines in the Texas rig count, the continued loss of upstream oil and gas jobs in the state, and continued deterioration of other economic indicators.

“Increasingly, the new ‘optimistic’ view is that the industry in Texas stabilizes at roughly current levels of activity,” said Ingham. “If production in Texas and elsewhere in North America continues to grow at any rate over the course of the cycle produced by this price decline, it seems quite possible that the new price norm may be lower than we might have hoped,” he said.

Ingham said that crude oil prices will have to drop to a price so low that production will be curtailed and demand will rise to remove the oversupply of oil in the U.S. and worldwide. No one knows what that price is and how long it will take to turn the current situation around.

The Bears and Bulls Draft a 2H Picture
-Deon Daugherty

Meanwhile, consumers will enjoy the lower prices created by the vast supplies of oil.

Alex Mills is President of the Texas Alliance of Energy Producers.