Bankruptcy and More Layoffs Could Threaten Industry Even After Downturn 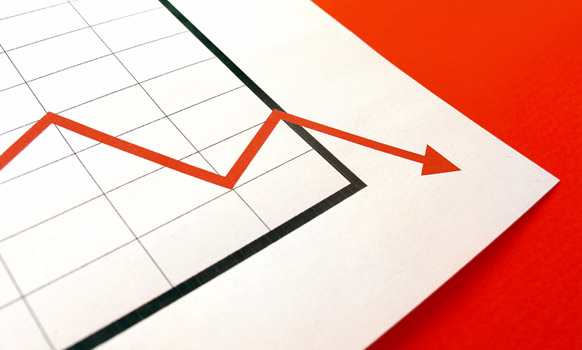 Experts consider the long-term toil that bankruptcy and the inevitable layoffs take on the oil and gas industry.

Just a few short years ago, the oil and gas industry was wringing its collective hands in angst over the profound shortage of workers needed to usher in the shale revolution. New college grads had all but abandoned the oil patch in favor of high tech; middle managers hadn’t returned to the profession after they were burned by the last downturn; and top tier executives were retiring out of the industry and onto the golf course.

In fact, times got so good in the heady days of $100-plus oil that the workforce became in some ways bloated. And in the cyclical industry that is the oil and gas business, prices eventually tanked and companies began to go under – and thousands of workers took home a pink slip. The specter of bankruptcy was claiming more victims than corporations and oil production.

“In the energy services space, they’ve been able to cut a lot of fat that just by nature grew up when it was $100 oil and the margins were so great that everybody was just inefficient. So there’s probably been a 10 to 15 percent improvement in efficiency of the service companies as a result that they could’ve taken before,” Bob Gray, a partner in the transactions practice at Mayer Brown LP, told Rigzone. “The service companies say that now their personnel is down to the really good ones, they’re more efficient and they’re not spending as much time training people. On completion services for example, drilling, but if the price of oil – or when the price of oil comes back – the questions is whether we are going to have sufficient folks out there to meet the increased demand.”

What’s more, there is talk of another wave to layoffs to manage what’s shaping up to the new normal –$60 oil.

“The initial [round of layoffs] was an absolute bloodbath to get rid of all the people who were not core, but if things don’t improve, they’re going to have to start cutting again,” Gray said.

And that takes the hiring crisis to new heights when oil prices rebound, as they inevitably do.

“People will be displaced and they’ll say, ‘The heck with this.’ It’s a commodities business but we’ve had 10 years of up and growth – not counting the recession of ’08 and ’09 – and I think this one is a shake-out where maybe one third or 25 percent are just going to say, ‘To heck with it’.”

But Tobias Read, CEO of Swift Worldwide Resources, believes an equilibrium between jobs and the workers needed to fill them will again reach equilibrium.

"One of the most important things to remember whenever there is a job decline in the oil and gas industry is that the market is cyclical. It has undergone similar drops before, most memorably in the 80s, and recovered. It will recover this time as well, probably even stronger than it was before,” he told Rigzone. “When it does recover and new projects are underway, the industry will be underinvested in talent. But there won’t be a shortage of willing workers to come fill the jobs that are coming back into the industry. The workforce will find its balance again."

Stephen Watkins  |  July 03, 2015
A good hand in the oilfield will immediately make a good hand somewhere else . . . . and he probably wont be coming back!
Pierre Colin  |  July 03, 2015
Companies are doing the same mistake than previously,laying off their most valuable assets.....the workforce;all this to keep the greedy investors and shareholders happy as they didnt think to keep some cash for this downturn as everybody knows its cyclical.So same mistake again and they will hinge again to find people.A lot of personnel will also retire soon (baby boomers) I bet they will struggle to find experienced personnel willing to work within this industry.
Pureta  |  July 03, 2015
I hear you Wont Say. I also worked for Schlumberger, until I realised that there is a world outside that company (and a much better one, may I add?) I still have my job, by a hairs breadth. I too am a graduate, and if I get laid off, I wont come back to this industry. I need stability; I have retirement to save for, a mortgage to pay, and two kids to put through school. Boom and bust is all very well for the single man or woman with no responsibilities, but the working man in the street needs stability, not the promise of mega-bucks today, and starvation tomorrow.
Wont Say  |  July 02, 2015
I was laid off by SLB. Have a petroleum engineering degree. Will go do something else. Forget this industry.