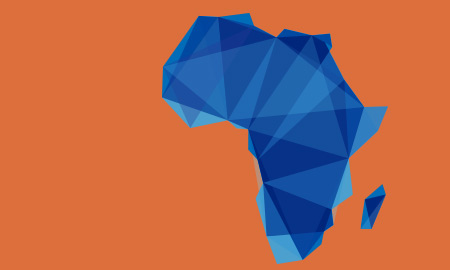 DAKAR, March 10 (Reuters) – African oil explorers will keep drilling in select locations such as onshore east Africa and less complex projects off the West African coast even with oil at $60 a barrel, executives and analysts told Reuters.

But they warned that African governments with reserves in less attractive locations should revise terms now or forfeit the investment, leaving the oil and gas underground.

"There are still some exciting areas in Africa like east Africa and in particular the onshore areas," said Aidan Heavey, CEO of one of Africa's biggest explorers Tullow Oil, referring to drilling projects in Kenya and Uganda. "This is certainly not the end of African oil - far from it."

Oil prices have collapsed from $115 a barrel in June, prompting oil firms to slash hundreds of millions of dollars from exploration budgets, hitting relatively expensive African projects hard. Tullow has cut its budget from a peak target of $1 billion to around $200 million this year, mostly focused on Kenya, although it may double from next year.

Stuart Lake, CEO of African Petroleum, which has licences offshore Senegal and Ivory Coast in the West Africa Transform Margin, says the firm has no plans to cancel projects in an area he called one of Africa's "sweet spots".

"It's an area that is oil-rich with little gas and it's cheap to drill," said Lake, pointing to two Cairn finds in Senegal. He said the mothballing of projects further south had dragged down rig rates, saying costs were now around $35-$50 million per well versus $200 million in Angola.

Low operating costs of around $10 a barrel for Ghana's Jubilee field will mean cuts have a limited impact there, said Jacques Verreynne, an economist at NKC Independent Economists.

"You need to be close to or at production and have visibility on cash flow. That's critical right now," said Chris Bake, an executive at top energy trader, Vitol which has a stake in a $7 billion Ghana project.

Paul Eardley-Taylor of Standard Bank Oil and Gas said he expected liquefied natural gas projects in Mozambique - home to an estimated 180 trillion cubic feet of gas, or enough to supply Germany, Britain, France and Italy for 18 years - to go ahead.

"Mozambique achieved a lot over the last two months with the passing of enabling legislation. Standard Bank is hopeful that a final investment decision can be reached this year," Eardley-Taylor said. The CEO of South African petrochemicals group Sasol David Constable also said Mozambique remained a priority. "We want to stay warm other there," he said.

Frontier projects are seen as most vulnerable to cuts such as offshore Namibia and South Africa as well as Angola and Gabon where vast oil reserves resembling Brazil's are thought to be trapped deep underwater beneath a salt layer.

Oil-dependent countries with reserves that are costly to develop such as Gabon and Angola should revise terms.

"If you want to get companies to start looking at licences again then they have to be made more attractive. It's very simple supply and demand," said Heavey. Mozambique has extended a bidding round by more than three months.

Other factors such as the Ebola epidemic in Liberia and Guinea and uncertainty over an oil bill in Nigeria are deterring investment in projects that might otherwise be attractive, even in the current environment, executives and analysts said.