Junior Oil Firms: Not All Doom and Gloom 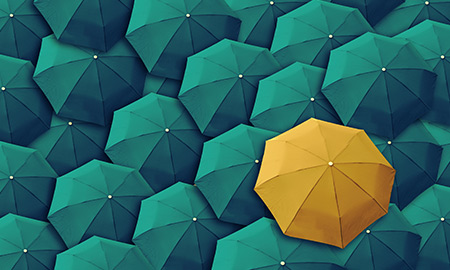 As many junior energy companies suffer amid the oil price rout, Rigzone finds out which of the smaller oil and gas firms are best placed to weather the storm.

By mid-December the FTSE 350 Oil & Gas Index had fallen from its November high point of 423.88 points to a low of 346.20 points – representing a loss of value for more than 18 percent in London-listed oil and gas firms. There has been a bit of a recovery since then, with the index standing at around 375 points Jan. 19.

For smaller oil and gas companies, times are very tough indeed if oil and gas share price performances on London's junior stock exchange – the Alternative Investment Market (AIM() – are anything to go by. For example, LGO Energy plc – which recently raised $2.4 million in working capital to ensure its drilling program onshore Trinidad would not lose pace amid the lower oil price environment – has seen its share price drop by more than 30 percent in the past month. Meanwhile, U.S. onshore-focused junior Empyrean Energy plc's shares have lost more than 58 percent of their value during the past two months.

Range Resources Ltd. – a junior oil company that also holds assets in Trinidad as well as Texas, Colombia, Somalia, the Republic of Georgia and Guatemala – is in an even more difficult situation after its shares were suspended from trading Dec. 11. Its creditor Lind Asset Management recently demanded the imminent repayment of more than $7 million, while Range is yet to receive any sales proceeds from its $1.4 million sale to Citation Resources Limited of its East Clarksville and North Chapman projects.

Meanwhile, China-focused junior Leyshon announced in mid-January that it would be returning $15.4 million of cash it holds to shareholders after cancelling the trading of its shares on AIM. Leyshon's management was not only disappointed to achieve very mixed results at the firm's Zijnshan Gas Project but they were also spooked by the oil price – as the recent steep fall in the price of oil made it "very difficult" for Leyshon to continue its strategy of acquiring further oil and gas assets in China, with many target projects becoming marginal or uneconomic.

But it's not all bad news for junior oil and gas, according to Mark Henderson – an oil sector analyst at London-based Westhouse Securities.

Focus on Costs and Efficiencies

Henderson believes that there are a few juniors out there who are well set up to weather the storm when it comes to the low oil price.

If operating offshore, junior firms involved in shallow water rather than deep-water developments will be in better shape than most.

"There are a couple of interesting firms around, Lekoil and Sirius Petroleum in Nigeria, that would be two examples of that," Henderson said.

"They both have marginal fields in shallow waters. What you are talking about there is well re-entries, which are pretty simple. You can get production going pretty quickly.

"Again, operating costs would be relatively low. They typically operate under what are called 'Financial and Technical Services Agreements', so they front up the capex but they are on an accelerated cost recovery. So, they get all the cash flows until their costs are recovered."

Juniors involved in gas production but close to important local markets should also be able to cope well during a period of low oil prices. Henderson uses the example of Circle Oil plc in North Africa.

"It's got some quite nice, gas-producing assets in Morocco and it's distributing that gas to industrial customers not far from the fields," he said. "It's got a very good price and the fiscal terms are exceptional, so that's [a] very highly free cash flow generative [company]."

Some Gas Producers Should Fare Well

In the UK, junior companies involved in gas should also fare better than their oil-focused counterparts.

"UK gas prices are still close to 50p a therm so actually it has been somewhat impacted by the price of oil but it's much more affected by the specifics of the domestic supply and demand situation. So, if the cost of equipment and cost of services comes down with all of this then that's kind of good news," Henderson said.

Perhaps unsurprisingly this is also the view of Mark Routh, who is CEO at offshore UK-focused junior Independent Oil & Gas – which is developing a handful of gas assets in the UK North Sea. Routh explained that although the oil price may have more than halved in recent months, gas prices in the UK have proved more resilient.

"We've seen a softening of gas prices from 60p a firm to 46p. So the … prices for gas are solid. And there are very firm reasons for that in the UK," Routh said.

"The first reason is that there is insufficient storage capacity for gas in the UK for more than around 10 days of peak demand. And about 80 percent of that comes from the Rough Gas Storage Field. There's not much gas storage in the UK at all, so we rely on imports through the interconnectors from Europe … So, when it gets cold we have to get gas from somewhere and it has to be local because you can't rely on LNG because it takes time to ship LNG and re-gassify it."

The resilience of gas prices in the UK could also play a part in determining whether the UK's burgeoning onshore shale gas industry begins to gather pace or not, according to Westhouse's Henderson.

"Shale gas in the UK could end up okay out of this. On the assumption that the UK gas price remains where it is then I think there's certainly the demand for that gas. The infrastructure exists and if your cost of rigs and your cost of services and the cost of fracking equipment improves and everything goes down then, ironically, the economics might even be better," he explained.

"The idea is that you drill a horizontal well to maximize the exposure of the well bore to pay and then frac that, but if you have a heavily fractured set-up that limits the extent to which you may be able to laterally drill and that could be an issue. But we don't know yet."

Henderson said whether shale gas can be produced or not will be proven one way or the other during the next six months after UK onshore shale gas driller Cuadrilla Resources was recently granted permits to carry out exploration in northwest England.

Over in the United States, Henderson sees "the big debate" as being about the viability of onshore shale oil.

"I have looked at some of these shale operations in some detail and I can categorically tell you that at $50 per barrel, it doesn't work. Period! Unless, of course, the cost of the wells comes down dramatically," he said.

"The big problem is that most of these wells cost about $8 million each to drill … Some of the better wells now are producing above 1,000 barrels per day initially and then you get this very dramatic decline. So, there's no question that the absolutely best-performing wells work but they are very much at the end of the Bell Curve, those wells. And I think your average well, which is probably kicking off at about 500 to 600 barrels per day, will not work. They just will not work."

A major problem is that many small-to-medium sized companies involved in shale oil drilling have funded their drilling programs with debt.

"They are quite heavily indebted and there will be these debt redeterminations coming in April when, basically, the reserve base upon which the debt capacity is calculated will be significantly downgraded because the reserve base is going to be calculated at a much-lower oil price," Henderson said.

"The question is actually what happens then because there are some banks … who have lent an extraordinary amount of money to the shale oil industry in the United States … So, what are those guys going to do? Are they going to shut down or are they going to keep it going under the assumption that oil prices will recover soon?"

Henderson is hopeful that we are close to a floor for oil prices.

"I think the key is just what works economically. The collapse has been technically driven as much as fundamentally driven. To suggest that the fundamentals have changed as much as the move in the oil price would suggest within the last six months is ludicrous. Basically, you had a market that was ridiculously long in the summer of last year and then you had a rush to correct that and that has driven the price down and it is driven by momentum traders at the moment."

Many junior oil firms will be hoping he is right. 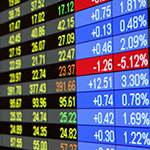 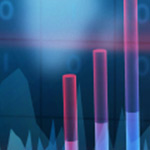