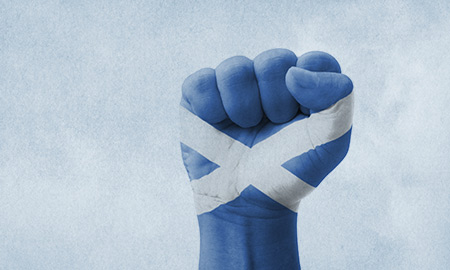 With a week to go before Scotland's independence referendum, BP and Shell come out in support of Sir Ian Wood's view that the Scottish people are being misled by the Yes campaign.

A week to go before the Scottish independence referendum, BP plc and Royal Dutch Shell plc have both come out in support of comments by Scottish oil tycoon Sir Ian Wood that Scotland's voters are being misled by the pro-independence campaign's unrealistic predictions of future oil revenues.

Speaking to the press in Edinburgh Wednesday, Wood warned that a slowdown in production means that North Sea revenues will not exist in 30 years. Wood had previously stated, in late August, that there would be consequences for the oil and gas sector if Scotland were to go independent and that there would be just 15 years before the depletion of North Sea oil reserves began to hit the Scottish economy.

Wood was also highly critical of figures recently produced by N-56 – a Scottish business organization with connections to the Yes Scotland campaign – that stated an additional 21 billion barrels of oil equivalent is potentially recoverable from the North Sea from unconventional shale resources.

"Frankly that's an insult to the intelligence of the Scottish people," he said. "First of all, if it was true a whole lot of oil and gas companies would be doing it right now, but there's one very small company looking at what can be done. Secondly you cannot economically exploit shale offshore. You need a huge number of wells, which are very expensive and that's not going to work. You might manage to drill into some of the rock offshore and exploit that, but no-one's done that so far."

“BP has been in the UK North Sea for 50 years and we hope to operate here for many years to come. However, the province is now mature and I believe Sir Ian Wood correctly assesses its future potential.

"The opportunities today are smaller and more challenging to develop than in the past. We also face the challenges of extending the productive life of existing assets and managing the future costs of decommissioning.  Much of this activity requires fiscal support to be economic, and future long-term investments require fiscal stability and certainty.

"Our business invests for decades into the future. It is important our plans are based on a realistic view of the North Sea's future potential and the challenges the industry faces in continuing to operate here.

"As a major investor in Scotland – now and into the future – BP believes that the future prospects for the North Sea are best served by maintaining the existing capacity and integrity of the United Kingdom."

"Sir Ian Wood is right in his technical assessment that the amount of remaining oil and gas that can be profitably extracted from the UK North Sea is a function of price and cost. As existing infrastructure gets older and output falls, costs will go up and tax receipts will come down. Furthermore, much of the UK North Sea’s remaining oil and gas – which is yet to be discovered and developed – is in isolated or hard-to-reach areas, which are potentially uneconomic without sharing of existing infrastructure and improved tax incentives."

Meanwhile, the Scottish National Party also issued a statement mid-week welcoming a new paper from Professor Alex Kemp of the University of Aberdeen in which he predicts 99 new oil discoveries over the next 30 years that will be commercially viable as well as a further 57 that will be uneconomic but could become viable as a result of technological improvements and a higher oil price.

Commenting on the research, Scottish Energy Minister Fergus Ewing said: "Professor Alex Kemp is one of the world's leading oil economists, wrote the official history of North Sea oil and has detailed modelling on the future of Scotland’s oil and gas industry. His new predictions – based on that modelling – show a bright future for Scotland’s oil and gas sector for decades to come." 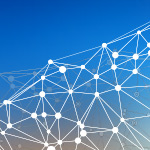 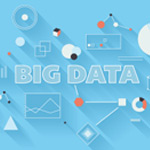 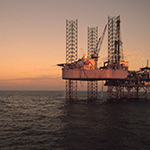 Gordon  |  September 12, 2014
Shell and BP advising the people of Scotland not to vote for Independances wow, England also behaving like modern day Colloden Murderers, Scots were killed. And now trying to scare us off. How did Shell Start as a Company? Selling Shells, and BP British Petroleum, have been reaping rewards mainly from underprivileged Countries desperate to survive. Scotland could have a Statoil, and they have a better safety record anyway? All the our oil has not yet been found, many of us Scots people have laid down our lives in Oil and Gas and Drilling the North Sea & other places in the 70s & 80s when we were ripped off. Lies counterfeiting facts huding facts. Nothing changes. the scaremongering, I would just remind in this small phere of influence that we will see who skintland will be if we get freedom, England has been very foolish they have £1.8 Trillion Debt to guess who? yes good old burst Bank of England. This lot of Politicians have doubled Britians Debt. We as a nation have a chance to make our own way, Economics of countries = Land Resuorces and People if anyone can we / Scotland can and Debt free as this is not our debt. We have been & yes may continue to be Ripped off, my our larger neighbours, who control everything, Norway had the right idea take control of our land now. All the best I will most probable not get another job again after speaking my mind. Anyway all the best Gordon
Derek Louden  |  September 11, 2014
Output in the UKCS is about to rise. The detailed study Ive done can be downloaded here: http://www.slideshare.net/LoudenDW/uk-oil-output-50-percent-higher-by-2018 We should use the next 30 years of oil to diversify our economy before its too late.
N B Strong  |  September 11, 2014
Oil or no oil, Scotland has always had bad feeling against Westminster. So a yes vote will be from the heart. Logic will not play a part in what will become a no U turn travesty.
RELATED COMPANIES
Company: BP plc more info
Company: Shell more info