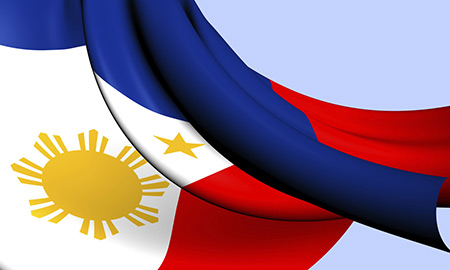 China claims almost the entire South China Sea, believed to be rich in deposits of oil and gas resources. Brunei, Malaysia, the Philippines, Taiwan and Vietnam also claim the sea where $5 trillion of ship-borne goods pass every year.

"Recently, we got a report from the armed forces that there were two hydrographic ships in Recto Bank, about 80 nautical miles off Palawan, clearly within our exclusive economic zone," Aquino told a television interview aired on Sunday. Recto Bank is also known as Reed Bank.

"What are they doing there? What kind of studies are they conducting? I hope the presence of these ships will not lead to an increase tension between the two states."

Tensions in the South China Sea between the Philippines and China began in 2011 when Chinese patrol boats harassed a survey ship hired by Anglo-Filipino Forum Energy PLC which won a contact to explore the Reed Bank.

"The frequent passage of Chinese vessels in Recto Bank is not an innocent exercise of freedom of navigation but is actually done as part of a pattern of illegitimate sovereign patrol in the Philippines' exclusive economic zone," Charles Jose, foreign ministry spokesman, said in a statement on Monday.

"This conduct of sovereignty patrols by China is in violation of both UN Convention on the Law of the Sea and the Declaration of Conduct of Parties in the South China Sea (DOC), specifically paragaph 5."

In May, Aquino told Southeast Asian leaders that two Chinese ships were also sighted in Galoc, another oil field operating in western Palawan.

Aquino did not say when the military sighted the Chinese survey ships in the Reed Bank and if they were still in the area. The Philippine Navy said three Chinese coast guard vessels have been seen daily around Second Thomas Shoal, not far from Reed Bank.

Another two to three Chinese ships have been seen regularly on patrol around Scarborough Shoal, another part of the disputed South China Sea.

Last month, Forum Energy PLC obtained an approval from the Philippine government to extend by one year its drilling plan for a natural gas project in Reed Bank. The company is now expected to complete by August 2016 drilling for its appraisal wells to assess the size of gas or oil discoveries.