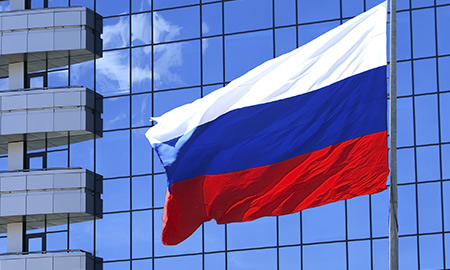 EU sanctions on Russia's oil sector will not seriously hamper the development of new oil resources in either the short or the long term, though they leave open the possibility of further escalation if relations with Russia deteriorate in future.

(John Kemp is a Reuters market analyst. The views expressed are his own)

LONDON, Aug 4 (Reuters) - EU sanctions on Russia's oil sector will not seriously hamper the development of new oil resources in either the short or the long term, though they leave open the possibility of further escalation if relations with Russia deteriorate in future.

Taken as a whole, the restrictions announced on July 31 are best viewed as a piece of "sanctions theatre" designed to show the public and Washington that the EU is doing something in response to the downing of the Malaysian airliner over eastern Ukraine while keeping the costs to EU energy firms as low as possible.

Sanctions will be enforced in the form of a "prior authorisation" requirement before certain oil-related goods and services can be exported for use in Russia, according to the EU Official Journal ("Council Regulation 833/2014 concerning restrictive measures in view of Russia's actions destabilising the situation in Ukraine" July 31).

Covered technologies are set out in a list which consists mostly of steel pipe and casings used for the construction of pipelines and oil wells, as well as drilling and pressure pumping equipment, and some floating or semi-submersible production platforms (Annex 2).

Technical assistance, brokerage services and financing linked to the same items and technologies are subject to the same prior authorisation requirement (Article 4 paragraph 3).

Enforcement of the sanctions is left to individual EU member states, though there are basic information and consultation requirements.

In theory, member states "shall not" grant authorisation for any technology transfers or technical assistance related to deepwater, Arctic and shale projects.

But the ban contains several important exclusions which should ensure that most if not all existing and future projects are exempted:

(1) Sanctions apply only to oil production, not gas.

(2) Export authorisation "may" be granted for equipment, technical advice or financing "arising from a contract or an agreement" concluded before August 1 (Article 3 paragraph 5 second part).

(3) Sanctions apply only to deepwater, Arctic and shale developments, not to conventional oil fields.

In combination, these exclusions apply to all current and announced projects, and cover billions of barrels of potential oil and gas production over the next few decades.

For example, agreements between Exxon, BP, Shell, Total and Russian companies to develop Arctic, offshore and shale formations in Russia are either exempt because they were concluded before Aug 1, or because they are principally drilling for gas, or can be classified as conventional oil production.

The language of the regulation is very permissive. The concept of a "contract or an agreement" concluded before the deadline is particularly stretchy since it is not limited to a final investment agreement but seems to encompass plans which are still only at the provisional stage.

Most major oil and gas companies, as well as service companies, should have no difficulty in arguing the provision of equipment and technical advice is linked to the execution of existing obligations for contracts or agreements which are already in place.

In addition, most wells produce a mix of oil, gas and condensate, in varying proportions. The regulations only prohibit the export of equipment and advice for oil projects. Gas projects are clearly allowed. And the regulations are silent about condensates (otherwise known as natural gas liquids).

It should not be too hard to argue that equipment and advice is being exported for gas rather than oil. Get ready for a sudden increase in the number of projects looking for "gas," "wet gas" and "condensate" in future.

National authorities have been left to determine precisely how to apply the sanctions and the generous exemptions. Everything will depend on how they decide to interpret the restrictions and exclusions.

In the hands of national governments, the energy sanctions could be a flexible instrument for escalating or de-escalating pressure on the Russian government in response to events in Ukraine.

The EU promised "these measures will be kept under review and may be suspended or withdrawn, or supplemented by other restrictive measures, in light of developments on the ground."

But access to the Russian oil and gas sector is vital for a number of large EU energy companies, which will lobby hard behind the scenes for the most permissive interpretation in order to safeguard their own supplies and investments.

If a strict interpretation of the sanctions is enforced, Russia is likely to turn to other suppliers, notably its own firms and China, for the capital and expertise needed to develop new oil resources, which would harm western energy companies without necessarily doing much to reduce Russia's production potential.

The sanctions are also intended to send a signal about the political acceptability of doing business with Russia's oil and gas companies.

For advocates, the hope is that many companies will end or at least scale back deals even where they would be allowed under certain readings of the regulations.

"The more this looks like the (U.S.) administration is using pages from the Iranian financial sanctions playbook, the greater the likelihood that market players will voluntarily cut their business ties to stay ahead of potential penalties," Mark Dubowitz of the Foundation for Defense of Democracies told the Wall Street Journal ("Recent history suggests tougher Russia sanctions are needed" July 30).

The Foundation for Defense of Democracies has been a prominent advocate for sanctions on Iran, and now Russia.

"Sanctions are as much about psychology as legalities," Dubowitz told the Journal.

But while it is possible companies will adopt a restrictive reading of the new regulations, it seems more likely they will push for a permissive one, and try to continue with business as usual as much as possible.

Oil and gas companies have lots of experience dealing with complicated political and legal environments.

As drafted, the export restrictions contain enough exclusions and ambiguity that most projects should be able to proceed, at least in the next few years, when much of the preparatory work will be small scale.

For most deepwater, Arctic and shale developments, large-scale production was years away, even before the sanctions announcement.

Oil and gas producers and service companies will hope to continue with enough work to protect their projects in the short term, while hoping for a medium-term thaw in political relations.