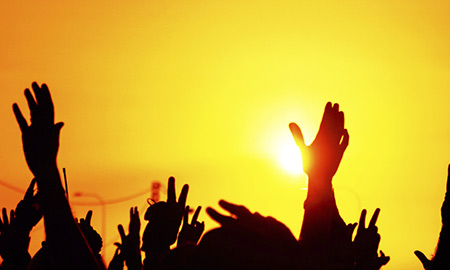 Although fracking has captured the popular imagination, and is often used as a synonym for the whole phenomenon, horizontal drilling was actually the more recent and important breakthrough.

LONDON, July 14 (Reuters) - By now everyone knows the shale revolution was made possible by the combination of horizontal drilling and hydraulic fracturing.

But although fracking has captured the popular imagination, and is often used as a synonym for the whole phenomenon, horizontal drilling was actually the more recent and important breakthrough.

Mastery of horizontal drilling around 1990, originally for oil rather than gas exploration, was the decisive innovation that lit the long fuse for the shale revolution that erupted 15 years later.

"While impressive in its own right, the main innovations in fracking have been beefing up the generating horsepower to accommodate horizontal wells rather than vertical ones, and refining of the fluids used to conserve water and create better, longer lasting fractures in the target formation."

Fracking has captured the imagination because it is controversial, sounds sinister and like an expletive, makes for good headlines, according to Blackmon.

But that has obscured the far more important role played by horizontal drilling in enabling oil and gas to be produced from previously inaccessible rock formations, revolutionising energy output and even international relations.

Fracking has been in widespread use for more than 50 years. U.S. companies began to experiment with using fracturing to release coal seam gas in the 1940s.

"The basic principle behind underground coal gasification seeks to find an economically feasible process of burning coal seams that are so situated that they do not lend themselves to being mined profitably," the New York Times explained in 1954 ("New tests made to gasify coal", Oct. 31, 1954).

"The gases captured from burning the coal seams would eventually be turned into usable fuels for commercial or industrial power."

"The test will be performed by hydraulic fracturing," the paper noted, "in an effort to open up air passages inside the coal seam" to make it burn more freely and produce a greater quantity of natural gas.

"Waste petroleum oil bolstered with napalm is pumped into the well by high-pressure pumps. Sand is mixed with the oil. Pressure as high as 12,000 pounds per square inch can be built up."

"The tremendous pressure cracks the formation and the penetrating liquid oozes into the open channels," the Times observed. "Kerosene is added to thin the fracturing liquid and the opening is pumped out. The sand remains to prop open the fractures."

In the next few decades, hydraulic fracture treatments, as well as treatments using concentrated acids to shatter carbonate formations, were performed on tens of thousands of ordinary oil and gas wells across the United States and in other parts of the world (though the use of napalm was eventually phased out).

The initial experiments were conducted by the U.S. Bureau of Mines, in conjunction with oilfield services firm Halliburton and others - underscoring the critical role which the federal government has played in association with private enterprise in fostering innovation at every stage in the energy revolution.

Horizontal drilling is both newer and older than fracking.

The first horizontal wells were drilled more than 2,000 years ago to produce water on Iran's central plateau and in Egypt's Western Desert at the time of the pharaohs.

Horizontal wells were noted by the ancient Greek historian Polybius, who explained how they were used to increase water production. The history of horizontal drilling was related in the January 1996 special edition of Schlumberger's "Middle East Well Evaluation Review: Horizontal Highlights," which is worth reading in full.

The modern history of horizontal drilling dates back around 100 years. The first patent for a horizontal drilling technique was issued in 1891. The main application was for dental work but the applicant noted the same techniques could be used for heavy-duty engineering.

China tried horizontal drilling in 1957 and the Soviet Union tried the technique in the 1960s and 1970s, according to the U.S. Energy Information Administration (EIA) ("Drilling sideways: a review of horizontal well technology and its domestic application", April 1993).

But horizontal drilling was expensive, costing up to three times as much as conventional vertical wells, and therefore remained rare.

The turning point when horizontal drilling went mainstream can be dated quite precisely.

"Before 1990, horizontal drilling was not a popular technique. The oil industry only drilled horizontal wells as a last resort," Schlumberger explained.

The extra cost for drilling horizontally had shrunk to just 17 percent, according to the EIA, as more companies experimented with the technique and benefited from learning curve effects.

To drill horizontal wells quickly and cost effectively, the industry had to master the use of flexible drill pipe and steerable down-hole motors, as well as technology enabling drillers to monitor changes in the rock in real time so the well bore can be kept within the target formation.

Most oil and gas is found in sedimentary basins where the rock formations underground are layered like a stack of pancakes.

The most promising formations may only be a few hundred feet thick, even if they extend for hundreds of square miles in area.

For that reason, vertical wells only come into contact with the reservoir rock for a few hundred feet. By contrast, a well drilled through the target formation horizontally can contact the reservoir for hundreds of metres or even several kilometres.

Originally, horizontal drilling was restricted to formations which were hard to produce because they had low permeability (like shale and chalk), or were nearing exhaustion, or where conventional drilling produced too much water too quickly and not enough oil and gas.

French oil firm Elf Aquitaine drilled the first modern horizontal wells in southwest France and in the Mediterranean off Italy in the early 1980s. BP used horizontal wells at Prudhoe Bay in Alaska to minimise unwanted water and gas intrusions into its oil reservoir.

By August 1990, horizontal wells were producing 70,000 barrels per day of oil in Texas.

In 1986, Oman's national oil company drilled three horizontal wells into a problematic reservoir, with disappointing results. But from 1990, a much more ambitious and successful programme was begun. By the end of 1994, Petroleum Development Oman had drilled more than 200 horizontal wells.

In the early 1990s, more than 50 horizontal wells were also drilled in Abu Dhabi, and Saudi Arabia also embraced the technique for its depleted Watra oil field in the Neutral Zone shared with Kuwait, according to Schlumberger.

The tremendous potential of horizontal drilling was recognised right from the start. "Success led some people to speculate that by the end of the century 50 percent of all new wells drilled in the United States would be horizontal," Schlumberger wrote in 1996.

That prediction turned out to be premature - but only by a few years. The number of oil and gas wells being drilled horizontally overtook the combined number of vertical and directional (slanted) wells for the first time in March 2010.

Two-thirds of oil and gas wells are now drilled horizontally, according to the weekly rig counts published by oilfield services company Baker Hughes.

It took roughly a decade of experimentation, between 1993 and 2003, to work out how to combine horizontal drilling and hydraulic fracturing in the Barnett shale in Texas, an approach pioneered by George Mitchell at the eponymous Mitchell Energy.

Many of the improvements developed producing gas from the Barnett were then applied back to oil production from North Dakota's Bakken and then the Eagle Ford shale in Texas.

From 2003, however, the number of wells drilled horizontally has grown exponentially. In fact, horizontal wells have largely replaced vertical and directional wells, on account of their greater reservoir contact and efficiency.

The shift was foreseen by Schlumberger: "In simple terms, horizontal wells allow us to do things more efficiently than vertical wells. It would be short-sighted to ignore a technique which offers improved drainage in typical reservoirs and more discrete compartments in complex reservoirs, while helping reduce gas and water coning."

The authors of articles about horizontal drilling back in the late 1980s and mid-1990s would have been surprised it is seen as a 21st century phenomenon given how much of the revolution had been anticipated 20 years earlier.

Commentators, particularly those sceptical about fracking, also draw a sharp distinction between "good" conventional oil and gas well and "bad" unconventional fracked ones.

But history shows there is no clear division between conventional and unconventional oil and gas production.

Fracking and horizontal drilling have both been widely applied in both conventional and unconventional contexts.

Techniques pioneered to extract oil and gas from conventional but complicated formations have then been applied back into unconventional contexts, and vice versa.

Finally, the history of fracking and horizontal drilling demonstrates the long lead times needed to perfect and diffuse new technologies.

New technologies often go unrecognised, at least by those outside the field, for years before they burst into mainstream discourse.

So the next generation of technologies which will revolutionise oil and gas production are probably already out there being practised on a small scale - waiting to be improved and discovered more widely.

Gerhard Esterhuizen  |  July 19, 2014
Like Dr Tom, I also prefer to call it directional drilling or horizontal directional drilling. We employed the technology in South Africa in the coal industry to accurately locate the presence of intrusive vertical to near vertical dolerite dykes and where near horizontal dolerite sills intersected a coal seam. The objective was to aid in the design of underground mining panels in a safe and healthy work environment. Devolatilization of the coal seams caused by the intrusive bodies resulted in adverse mining conditions and a high probability of pillar and mine roof collapse and an increase in methane. More than one borehole can be drilled from the main borehole to establish the strike of the near vertical intrusive bodies. The technology can also be used to extract ground water in arid regions where low yields are present from a vertical borehole.
Charlie Brister  |  July 18, 2014
The single biggest innovation in my opinion was the development of the mud pulse Measurement While Drilling technology that reduced connection time/ survey from 2 hours to 5 minutes. Also wireline based survey systems were not practical with the high inclinations needed for horizontal drilling. Performance and reliability has vastly improved over the past 20 years but the fundamentals are the same. We were drilling horizontal wells with oil in the $17 bbl range in the late 90s. The geophysical maps often have to be redrawn based on the reality of what the logging while drilling sensors provide. It is whiz bang technology but basic common sense is what makes this business work.
Dr. Tom Williams  |  July 14, 2014
I prefer to call it directional drilling - or Cruise-Drilling but how can you hit the target without knowing where the target is before you start - got to have a plan at their costs. In the early 1990s several things came together - computer capacities increased, programming became wonderfully visual, geophysical sensors and data collection expanded to use the computer capacities so we could find the targets and see how a single well could connect to the targets...providing a well map for the drillers to follow. It was coming together of many techs - not just bigger pumps, better controls, better/smarter bits, chemicals, props, and somehow several smart people put them together for what we have now---OBTW having a price of WTI over $85/bbl helped to pay for the whole thing...