Global Oil Exploration Nears $1 Trillion - Where Are The Finds? 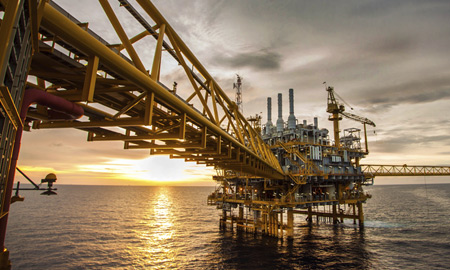 Majors are caught between growing pressure from investors to cut spending and boost profits and the increasingly costly need to replace declining onshore and offshore reserves.

But Total risks joining the industry trend of making only smaller and fewer finds, despite global investments in oil exploration heading to a record $1 trillion by 2017.

This week, Margerie told Reuters he gives himself until the year-end to find a major deposit or cut the exploration budget next year following several disappointing drilling campaigns.

Top players are struggling to find enough conventional oil. Majors are caught between growing pressure from investors to cut spending and boost profits and the increasingly costly need to replace declining onshore and offshore reserves.

"Over the last 10 years the rate of return from exploration has diminished with time," said Andrew Lodge, exploration director at London-listed explorer Premier Oil.

Disappointing exploration campaigns no longer make such big headlines as they were 10 years ago amid the "peak oil" debate.

That theory of oil as a diminishing resource has been transformed by the U.S. shale oil revolution. Speedy growth from North American unconventional oil reserves has helped stabilise oil prices, despite major supply outages.

As a long-standing U.S. ban on crude oil exports remains in place, however, the industry still hugely relies on conventional mega-projects, such as those off the coast of Angola or Brazil, which progress along generally predictable time frames and produce stable volumes for years.

The shale oil industry is more complicated and is still in its infancy, which makes it incredibly difficult to anticipate new oil coming onto the market.

New conventional discoveries in recent years have disappointed in size and only a handful, such as Statoil's Johan Sverdrop oilfield in the North Sea, have emulated the mega fields discovered more than 50 years.

"Today we consume 33 billion barrels of oil per year and are discovering 10-20 billion barrels at most. It appears that the biggest single oil discovery in 2013 was less than 1 billion barrels in size," asset management firm Investec said in a report.

Despite a tight capital diet, oil companies are set to spend a record $1 trillion to explore for new reserves by 2017, according to Barclays.

Exploration and production spending has risen four-fold since 2000 to around $700 billion because of a rise in material and services prices, which in turn were driven to a large extent by a steep increase in global oil prices and inflation rates.

In 2014, ExxonMobil will spend the most on E&P among the oil majors at $35.3 billion dollars, followed by Chevron at $34.6 billion. PetroChina has the largest E&P budget for 2014 at $39.6 billion, according to Barclays data.

"Majors have increased exploration budget by 3 to 5 times in recent years but they have been very ineffective," said Investec's Charles Whall. "The oil companies are a little complacent".

Oil discoveries peaked in the 1960s when around 400,000 billion barrels were discovered.

In a measure of the success of drilling project, the number of new oilfield developments is set to drop below 50 per year in 2014 and 2015, compared with an average of 75 per year over the past decade, according to Nicholas Green, analyst at London-based Bernstein Research.

The declining rate of finds is now discouraging investment in certain areas, with drilling in the North Sea set to decline the most over the next two years. Southeast Asia is likely to be the only region to see increased activity, according to Green.

The complexity of "frontier exploration" such as the Arctic and the pre-salt deep waters of Brazil and West Africa has cut returns on investments.

Some hope the answer to poor exploration results can be found in increased recovery rates from mature conventional fields.

Oil recovery averaged around 35 percent for decades but technological advances such as computer geological modelling and the use of new chemicals have increased the recovery to over 50 percent, according to Matthias Bichsel, Shell director of projects and technology.

"I believe in further breakthroughs in enhanced oil recovery. That's what we will see - injecting chemicals to simply get more oil out of the ground," Bichsel told Reuters.

"The best way is to make the most out of what you have."