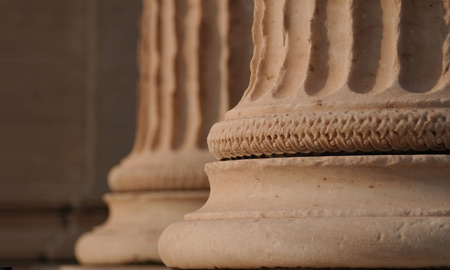 Athens has made several fruitless attempts over the past decades to find big reserves of oil or natural gas. Exploration interest revived during its debt crisis, with the cash-strapped country keen to reduce its big fuel import bill.

Several blocks covering a combined area of more than 200,000 square kilometres in the Ionian Sea and south of the island of Crete are expected to go under the hammer.

Greece has been encouraged in its quest by big offshore natural gas finds in Israel and Cyprus, nearby in the Eastern Mediterranean.

The plan has been code-named "Greece MegaProject" by Petroleum Geo-Services, the Oslo-based firm which completed seismic tests there earlier this year.

Energy Minister Yannis Maniatis will present the tender and PGS's geological findings at a London conference on July 1-2, the ministry said in a statement.

"(Maniatis) and officials will have private meetings with company representatives and investors to clarify special questions," the statement said.

The ministry has described PGS's findings as "encouraging", but Energean Oil & Gas, Greece's only domestic oil producer, doubts that large deposits will be found.

The "MegaProject" is not Greece's only plan to find oil. Athens earlier this month granted concessions to explore and exploit possible hydrocarbon deposits in three separate on- and offshore areas to groups including Hellenic Petroleum, Energean, Italy's Edison and Ireland's Petroceltic .

Last month, Maniatis separately approved another request by Italian energy major Enel to search for hydrocarbons in another three onshore blocs in the west.