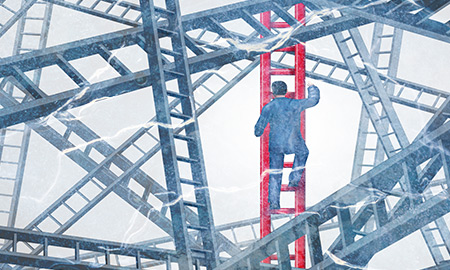 Oil and gas companies must overcome high costs, water and regulatory issues to maintain the US shale boom.

However, while having already provided a significant boost to the economic recovery in recent years, and moving the country closer to energy security, shale formations been selective in what companies to reward. Small, fast-moving independents often jumped into unconventional shale formations earlier, and have generally fared better, while larger producers have often had less success and, in some cases, have gotten out of some shale plays in North America all together.

The difficulty in timing when to get into something like unconventional oil and gas is that the window of opportunity can be vanishingly small for large companies, which have a greater risk of failure.

“They bought late in the game, and it’s hit or miss,” said Ken Medlock, senior director of Rice University’s Center for Energy Studies, of Exxon Mobil Corp., Shell Oil Co., and other industry giants that got in late.

Marvin Odum, President of Shell Oil Co., told investors in a presentation this spring that the “acreage [in the Eagle Ford Shale] does not have enough materiality for a company of our size.”

However, some sizable companies think horizontal drilling and fracking in shale formations can continue to drive the industry. Earlier this spring, ConocoPhillips CEO and Chairman, Ryan Lance, said at a conference on natural gas at Rice University’s Baker Institute that the U.S. could become an exporter of natural gas within a year or two.

Jeremy Boak  |  June 02, 2014
The water issues are more local than global. On a statewide level, the total water use for hydraulic fracturing is not more than five to six percent of total water usage in any state I am aware of. In Colorado, it is less than 1%. The real question is, can we allow transfer away of some of the agricultural water usage, typically more than 80% of a states water use, to a high value product like petroleum? I certainly applaud efforts to recycle, but should we not be asking what state should be allowed to engage in large scale biofuel production, which requires vastly more water per unit energy generated, and creates its own contamination issues, including a dead zone in the Gulf of Mexico? Where is the holistic thinking on this subject?
RELATED COMPANIES
Company: Apache Corp. more info