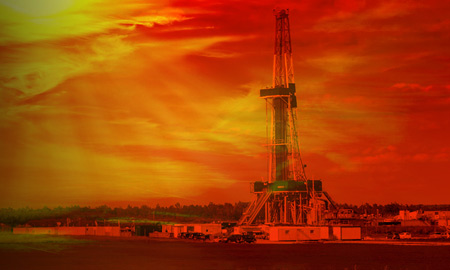 Fracking trails other uses for water as the energy industry works to further reduce water use.

In Texas, the estimated average is similar; about 4.5 million gallons of water is used to fracture a well in the Eagle Ford Shale formation, according to the San Antonio Express News. Over an 18-month period, 19.2 billion gallons of water were used in the Eagle Ford formation, according to Ceres, a non-profit organization advocating sustainability.

All that comes out to between 70 billion and 140 billion gallons of water that are used to frack 35,000 wells a year, according to a 2011 report by the Environmental Protection Agency (EPA).

While that is not an insignificant amount of water, it is actually quite modest when compared with other common uses of water. Far more water is used for municipalities, manufacturing and agriculture, according to FracFocus.

Another way for Texas homeowners to look at the water issue is to consider that in a given year, watering Texas lawns uses 18 times the amount of water that was used in fracking in the state in 2011, Rusty Todd, University of Texas professor, told the Wall Street Journal. And watering golf courses and lawns uses far less water than agriculture, which uses 243 times more water than fracking does, Jenkins noted.

Other uses consume much more water than fracking. Thermoelectric generation, including coal, natural gas and nuclear technologies, use heat to make steam. They account for 40 percent of freshwater withdrawals in the United States, according to Time.

Most often, large shale reservoirs are found in arid or semi-arid areas, where water is scarce. Many of the areas where the droughts are occurring are, and have always been, naturally dry areas prone to periodic droughts, Forbes Magazine contributor David Blackmon noted. In parts of South and West Texas, for example, cyclical droughts are nothing new. However, with virtually all of Texas having been in a five-year drought, any large-scale use of water will exacerbate the tight water supply situation.

Since 2011, nearly three-quarters of the nearly 40,000 oil and gas wells that have been drilled in the United States have been in arid or semi-arid areas, and in California, about 96 percent of oil and gas wells are located in areas where a drought emergency was recently called, according to the Ceres investor network. In areas where water is in short supply, a fracking pad makes a highly visible target.

However, the perception of oil and gas companies doing hydraulic fracturing in dry areas may be worse than what is going on in reality. In parts of Texas, for example, much of the water used in fracking is not taken from shallow reservoirs that may be used to supply drinking and agriculture water. Instead, the water used by energy companies in the fracking process is often taken from deeper wells that typically contain water that is too brackish to be suitable for drinking or agricultural use, Blackmon said.

Perceptions are hard to overcome, but the oil and gas industry has been active in looking for and developing alternatives. These alternatives will become increasingly important if, as expected, some areas of the country are subjected to more frequent droughts.

More fracking water is now being recycled than at any time in the past, and conservation efforts have been stepped up, according to Blackmon.

In Louisiana, for example, some drilling companies where the Haynesville Shale is located have begun purchasing effluent water that had been treated by the City of Shreveport, or are also using treated wastewater from a nearby paper mill. Some companies in the Eagle Ford, noting the success that the drilling companies next door in Louisiana have had, are now using effluent water, as well.

Major energy companies have been active in other ways to help lessen the water problem. Thanks to new water systems and technologies designed by Halliburton Company, FTS Energy International, Baker Hughes, Dow Chemical Co., OriginOil Inc. and others, drilling companies can formulate fracking water that is made with less or no fresh water, or that cleans up fracking water that can be reused.

Philippe  |  April 18, 2014
This article when understood in conjunction with the EXCELYTE biocide article of 2 weeks ago puts a totally different light of the future of fracking used returned water. My view is that the ability to control H2S is further evidence that EXCELYTE must be taken as a game changer. Looking at the oil or gas drilling in general and in particular the drilling using the fracking technology represent a major expenses encountered in the treatment of used drill water back to an environmental quality permitting this water to be released back to nature is what EXCELYTE is all about. In the past, this water was not treated and rejected in abandon coal mine shaft where ever possible. EPA stopped that practice and forced drillers to treat this water. The treatment is an expensive budget; SD is trying to spin off its drill water treatment unit. H2S is a major parasite not only in drilling but in the corrosion control in all major gathering piping networks. In the past Exxon and Rasgas have had serious divergence on the cost of H2S control, meaning offshore or onshore. No control offshore exposed not only the gas gathering network but also the main pipeline feeding the onshore trains. Should EXCELYTE become the preferred biocide, IEVM will do very well. The volume of EXCELYTE, assuming: • Minimum 8 USG per 1,000 USG of used water to be treated. • Half the US fracking well in the US or 35,000/2 or 17,500 well. The potential volume of EXCELYTE is 1,875,000 barrels per year or 5,137 b/d. RigZone has to be congratulated for keeping the O&G news at the top of technology.

MORE FROM THIS AUTHOR
Gene Lockard