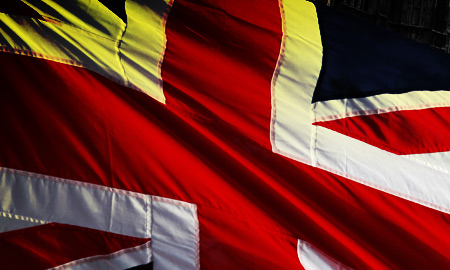 Britain's lack of onshore drilling infrastructure and local opposition will impede the development of shale gas exploration, according to speakers at the Shale UK conference.

LONDON, March 5 (Reuters) – Britain may be a prime location for shale gas exploration in Europe, but a lack of onshore drilling infrastructure and local opposition will impede development, experts and geologists said at a shale conference in London.

Britain is in the early stages of exploring for unconventional gas to counter growing dependence on imports and to emulate the success the United States has had in lowering its energy prices due to a shale boom.

The current crisis in Ukraine has renewed calls for countries in Europe, including Britain, to diversify away from Russian natural gas.

Several companies have announced plans to explore for shale gas in Britain using hydraulic fracturing, known as fracking, a technique of injecting water, sand and chemicals deep into rock formations to release hydrocarbons.

"Probably the UK (is Europe's prime location) from a technical point of view as we have some very thick shale, but there are still a number of question marks," Ron Oxburgh, a former Shell chairman and member of the House of Lords Select Committee on Science and Technology, said on the sidelines of the two-day Shale UK shale conference.

"We may get more out of a single hole than in other parts of the world, but we need new onshore drilling infrastructure which we don't have now. The issue of noise is also a limiting factor in the near term (...) These are brutes, they are big pumping machines," he added.

The British Geological Survey has estimated that rock formations in so-called Bowland Basin in central Britain hold around 1,300 trillion cubic feet (tcf) of gas, far more than the 3 tcf of gas a year currently consumed, but the amount that can actually be extracted is uncertain.

The Upper Bowland area, a part of the basin that has already attracted exploration, could have 260 tcf of gas present, said Andy Aplin, professor of unconventional petroleum at Durham University and former adviser to BP.

"We would need 33,000 wells to drain all that," he told the two-day Shale UK conference in London. That compares with an annual average of 19 onshore wells drilled in Britain over the period 1902-2013.

Analysts at energy consultancy Poyry estimate that by 2024 around 100 new wells will need to be approved each year to pave the way for significant shale gas production.

But shale gas wells have a short life. Based on the U.S. experience, their flow rate is reduced by 85 percent over three years, compared with a conventional gas well which would still have high flow rates after 30 years, Oxburgh said.

Cuadrilla is the only company so far to have used fracking in its test wells in the Bowland area and has applied for permission to drill and frack at up to four new exploration wells in the area.

The company has been repeatedly targeted by protesters and environmentalists concerned about groundwater contamination, earthquakes and the expansion of fossil fuel use.

Cuadrilla estimated in 2011 there was around 200 tcf of gas trapped in the shale rock of its licence area in Lancashire but now thinks there might be closer to 330 tcf, according to Huw Clarke, geologist at Cuadrilla.

Other parts of the country have potential as well.

"I would have picked that. If it doesn't work there, it won't work anywhere," he said.

Mike Cloud  |  March 06, 2014
Britain is more densely populated than the US. Noise and some pollution are not an issue in parts of the US (Texas, Colorado, North Dakota). The energy industry will have a very difficult time convincing the British to let them drill and frac in their back years.
RELATED COMPANIES
Company: Cuadrilla Resources more info