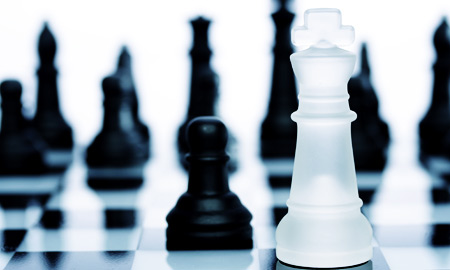 The Arctic region holds significant untapped oil and gas resources, but development faces major competition from shale and other sources, an analyst tells attendees at the Arctic Technology Conference.

The Arctic region holds significant untapped oil and gas resources, but Arctic development faces major competition from unconventional oil and gas resources and other alternative hydrocarbon sources, according to a panelist speaking at the Arctic Technology Conference Wednesday in Houston. The conference highlighted the latest in technology and strategies for all aspects of Arctic exploration and production, from drilling and operations to logistics.

Oil and gas exploration is not a new phenomenon in the Arctic. Approximately 500 wells were drilled above the Arctic Circle in the 1970s and 1980s. The oil and gas industry and academia have conducted extensive research and development into Arctic exploration and production, including full-scale modeling and testing. According to the U.S. Geological Survey’s 2008 Circum-Arctic Resource Appraisal, the Arctic contains 412 billion barrels of oil equivalent, 25 percent of the world’s oil and gas resources.

The decline in oil prices in the mid-1980s prompted the oil and gas industry to abandon Arctic drilling. The Exxon Valdez incident of 1989 didn’t help the industry’s image in terms of Arctic oil and gas activity.

Today, global oil and gas companies are refocusing their exploration and production efforts on the Arctic due to high oil prices in real and normal terms; the fact that oil and gas resources are becoming harder to replace due to resource nationalism; and incentives within Russia to encourage development, Edward Richardson, analyst with London-based Infield Systems, told conference attendees.

“Oil and gas companies are turning to the Arctic to fill their hopper with discoveries for the next generation of projects,” said Richardson.

As a result, capital expenditures (capex) for Arctic exploration and production are expected to grow between 2014 and 2018. However, some spending plans earmarked for 2017-2018 could be delayed until the early 2020s.

Doug Matthews  |  February 14, 2014
The 1980s slowdown in the Canadian Beaufort was the result of a combination of lower world prices and the end of Canadas National Energy Program, a program that provided significant public financial support to companies drilling in the Beaufort.