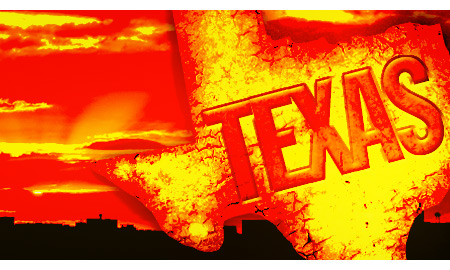 The economic impact of oil and gas activity in West Texas will rise to $20.5 billion by 2022, supporting 30,500 full-time jobs and pay $1.8 billion in wages and salaries, according to a December 2013 report by the University of Texas at San Antonio’s (UTSA) Institute for Economic Development.

Oil and gas activity in plays such as the Cline shale and Wolfberry plays will generate $701 million in state revenues in 2022, including $334 million in severance taxes, creating close to $9.4 billion in gross regional product and contributing approximately $664 million in local government revenues.

Oil and gas activity in 2012 had an economic impact of nearly $14.5 billion in a 10-county area of West Texas, and supported nearly 21,450 full-time jobs and paid $1 billion in wages and salaries. The oil and gas industry also generated almost $472 million in state revenues in 2012 – including $187 million in severance taxes – and added approximately $6.2 billion in gross regional product, and contributed nearly $447 million in local government revenues.

The number of full-time jobs supported by the oil and gas industry in 2022 compared with 2012 represents a 42.2 percent increase, a rate of growth that almost doubles the estimated 21.7 percent growth in total employment in the area for the same period, the report noted.

The $20.5 billion estimate is one of three scenarios of the economic impact of oil and gas activity in West Texas. This economic impact could range from as low as $7.6 billion or as high as $34.3 billion, due to variances in oil and gas prices, future oil and gas activity, and changes in the number of wells per rig and productivity per well. Under the moderate scenario, nearly 3,800 horizontal wells are forecast to be drilled; the number of wells drilled could range from 1,930 to 5,900 under low and high estimate scenarios.

UTSA’s Institute for Economic Development conducted the research for the West Texas Energy Consortium (WTxEC), an open forum for coordination and information sharing by Workforce Solutions Boards in the Concho Valley, West Central Texas and the Permian Basin regions, to estimate the economic impacts of the oil and gas industry on certain counties in the consortium in 2012 and to create a forecast for the year 2022.

“This baseline study is intended to help communities in West Texas plan and prepare for the prospect for increased oil and gas production in the area down the line,” said Thomas Tunstall, research director at the UTSA Institute for Economic Development and principal investigator of the study, in a statement.

The study examines drilling data and the economic impacts of oil and gas activity on a core 10-county area within the WTxEC, including:

“This region has a long history of oil and gas activity and in recent years has been affected not only by renewed attention in vertical wells but also new techniques, such as horizontal drilling, coupled with hydraulic fracture stimulation,” according to the study.

UTSA’s Institute for Economic Development estimates that nearly 854 vertical wells and 57 horizontal wells, including 12 directional wells, were completed in 2012. Most of the activity in the 10-county area is related to oil production.

The study was initially going to focus on the Cline shale, but as UTSA’s Institute for Economic Development started doing research, they found that piecing out whether a barrel of oil came from the Wolfberry or Cline in the study area would be difficult.

Tunstall told Rigzone he feels the findings of the study do not do economic justice to the economic impact that could result from exploration and production activity in West Texas counties east of the Permian Basin. Companies are still trying to figure out what works best to produce unconventional oil.

“There’s a lot of experimentation by oil and gas companies to try and crack the code and figure out how to economically bring shale up,” Tunstall commented.

The economic activity generated by oil and gas activity will stem the population declines seen in some counties likely in the short-term and hopefully in the long-term, Tunstall said.

“Part of that will depend on what strategies the cities/counties put into place to grow the economies in other ways, beyond the cyclical oil and gas industry,” he added.

Average incomes in the 10-county core area are expected to rise in the near-term, a similar trend that has taken place in rural counties where Eagle Ford activity is occurring, Tunstall noted.

Oil and gas exploration and production (E&P) has taken place in the area over the years, but not with the consistency of activity level like that of the Permian Basin. Tunstall anticipates that E&P activity will begin to migrate further east, but the pace of that movement remains unclear.

Cities in the region with large populations in general are in the best position to provided needed infrastructure and services, including medical and educational services. Tunstall noted that the activity in the area is drawing workers from Midland/Odessa to cities such as Abilene due to available housing and infrastructure.

“In any kind of resource boom, the cities that tend to fare best are the ones that have good governance, and are willing to work with developers and put money aside for infrastructure for development over the long-term,” Tunstall commented.