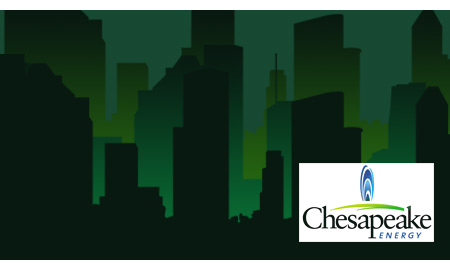 HOUSTON, Aug 12 (Reuters) - Four executives at Chesapeake Energy Corp, including chief operating officer Steve Dixon, are leaving as part of a reorganization of the U.S. oil and gas company's leadership, Chief Executive Doug Lawler said in a memo on Monday.

Lawler, who was named CEO in May to replace Aubrey McClendon, told investors on Aug. 1 that he is conducting a comprehensive review of the business.

"This restructuring will position Chesapeake to be more competitive and focused, and it will further our strategies of financial discipline and profitable and efficient growth from captured resources," Lawler told company's employees.

Jeff Fisher, the head of oil and gas production; drilling executive Steve Miller, and human resources chief Martha Burger are also leaving, according to the memo.

Dixon was named interim CEO of Chesapeake in April as the Oklahoma City, Oklahoma, company's board searched for a permanent replacement for McClendon. McClendon left the company he co-founded after a series of Reuters investigations triggered civil and criminal probes of the second-largest U.S. natural producer.

david kusko  |  August 16, 2013
How was it possible that from nothing, the 2nd largest producer of natural gas emerged? Efficient management and operations. It seems like the rewards at the top will go away but the operation will turn into a lumbering behemoth making the shareholders/takeover crew temporarily reap the benefits of the existing momentum/concepts of growth unlike other oil & gas ventures. A huge downsizing will ultimately result although high praise is indeed due to the people that catapulted natural gas into the forefront as a cleaner alternate energy resource. Kudos to them!
RELATED COMPANIES
Company: Chesapeake Energy Corporation more info