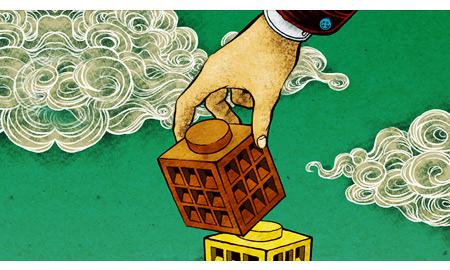 While Texas and North Dakota's boom in oil production have been well-publicized, five other western U.S. states made a notable contribution to the growth in U.S. oil production since 2010, the U.S. Energy Information Administration (EIA) reported Tuesday.

Onshore oil production, including crude oil and lease condensate, grew by over 2 million barrels of oil per day (bopd), or 64 percent, in the U.S. Lower 48 from February 2010 to February 2013.

Production in the Williston Basin in North Dakota and Texas' Eagle Ford play and Permian Basin outpaced other regions. However, gains in other Lower 48 states added up to approximately 320,000 bopd of production from February 2010 to February 2013, including the 290,000 bopd in Oklahoma, New Mexico, Wyoming, Colorado and Utah.

Production in each state rose between 23 percent and 64 percent, EIA noted in its Petroleum Supply Monthly report.

Production in Wyoming and Colorado grew by 23 percent and 64 percent. Top producing basins in both states include the Powder River, Greater Green River and Denver basins.

The recently discovered Convenant field in central Utah's thrust belt and production from the Uinta and Paradox basins helped boost Utah oil production by 45 percent from February 2010 to February 2013.

EIA attributed the production increase to the application of horizontal drilling and hydraulic fracturing technology to low-permeability rocks to the growth in U.S. oil production. Enhanced oil recovery techniques such as carbon dioxide injection also are boosting production from conventional reservoirs.

The oil and gas industry spent $65.5 billion to drill over 10,000 shale oil and natural gas wells in 2011, the American Petroleum Institute reported last month in its 2011 Joint Association Survey on Drilling Costs.

Investment by foreign oil and gas companies has also played a significant role in the development of U.S. shale plays, EIA reported in early April.