US Gas Exports and the Panama Canal Expansion: Serendipity on Display? 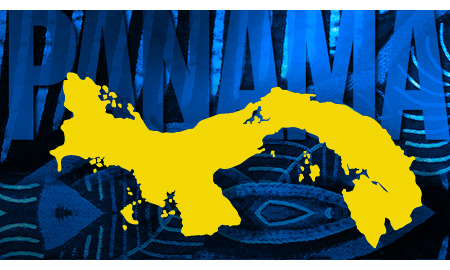 When the Panama Canal Authority (PCA) in 2007 launched its project to expand the waterway after which it is named, the notion that vessels laden with liquefied natural gas (LNG) produced in the United States would regularly transit the approximately 50-mile-long marine shortcut through the Americas bucked conventional wisdom. After all, U.S. shale gas production was a fraction of what it is today and LNG terminal projects pending reviews by federal authorities still anticipated long-term imports of natural gas.

Since then, the abundance of domestically produced shale gas has upset previously held assumptions about where the world's liquefaction trains would be concentrated. Just last month, the prospect of competing LNG export projects in North America and Africa influenced Woodside Petroleum's decision to shelve its $40 billion Browse LNG export project in Australia. Moreover, Woodside's chief executive has acknowledged the company's interest in an export facility in Western Canada. Even Qatar Petroleum – the world's top LNG exporter – has had to re-think where and to whom it will sell its LNG.

To be sure, the magnitude of the United States' status as an LNG exporter is still unfolding. Six years ago when the $5.25 billion canal expansion began, only one U.S. LNG export terminal – ConocoPhillips' 44-year-old Kenai facility in Alaska – was in existence. More recently, only one LNG export project – Cheniere Energy's much larger-scale  Sabine Pass Liquefaction facility in Louisiana – has secured the required government approvals and is actually under construction. Numerous other export projects – many on the Gulf Coast – have been proposed, but how expeditiously they undergo regulatory review is unclear.

Despite the lingering LNG export unknowns in North America, LNG shipments from the region coupled with the expansion of the Panama Canal could exemplify serendipity on a grand scale.

“The timing and convergence of two unrelated events – the Panama Canal expansion and the unlocking of North American shale resources – will have extraordinarily positive affects for U.S. producers and LNG terminal owners and their counterparts in Asia who purchase LNG," predicted John Hritcko, Jr., Houston-based director of LNG Sales for Wison Offshore & Marine (USA), Inc.

Exporting LNG from the United States could mean a new customer base for the PCA.

"There is no established LNG trade through the canal due to the size constraints of the locks," said Silvia de Marucci, senior market analyst for liquid bulk with the PCA.

Environmental, financial and market studies conducted by the PCA during the previous decade to justify the canal expansion assumed "very low" LNG trade volumes, de Marucci noted. As a result, LNG trades were not considered part of the target market.

The American Society of Civil Engineers includes the Panama Canal on its list of "Seven Wonders of the Modern World." The massive project, initiated by France and completed by the United States in 1914, fulfilled a dream of linking the Atlantic and Pacific oceans first envisioned during the Spanish colonial period centuries earlier.

After nearly a century of operation, the canal is undergoing an expansion to accommodate larger marine cargo traffic. The main facets of the expansion include:

The PCA reported that the expansion was 51.8 percent complete and within budget as of January 2013. The project's targeted completion date is June 2015.

"The scenario looks very different now with the discoveries of shale gas and tight oil in the United States," she said. "Nevertheless, the size determined for the new locks will allow over 80 percent of the world LNG fleet [LNG carriers as well as Very Large Gas Carriers (VLGCs)] to transit the Panama Canal, enabling U.S. exports to gain access to new markets."

The canal commands a small share of the global oil trade because it is located away from major oil trading routes, de Marucci added.

Much of the crude oil and refined products shipped via the canal originate from or are destined for regional markets such as the East and Gulf coasts of the United States, Ecuador, Venezuela, the Caribbean or elsewhere in Latin America. The canal also supports the chemicals trade between the U.S. Gulf Coast and Asia.

In the case of oil and products tankers, the largest vessels that can transit the canal are in the "Panamax" class – meaning a maximum size of approximately 70,000 to 80,000 deadweight tons (dwt). The canal's current configuration prevents transits by "post-Panamax" classes of tankers that are more commonplace both in the existing global tanker fleet and in order books: Suezmax, Aframax and Very Large Crude Carriers (VLCC).

During a presentation earlier this year at Platts' North American Crude Marketing Conference in Houston, de Marucci noted that only 16.4 percent of the world's existing tanker fleet and 6.8 percent of tankers on order can use the canal. An expanded canal with new locks will accommodate 56.4 percent of the existing fleet and 44.4 percent of the orderbook, or post-Panamax classes with the exception of VLCCs, she added. A PCA-commissioned market study revealed the expansion could support regional trade as well as long-haul voyages for petroleum products and crude oil.

"Vessels would take advantage of the economies of scale by switching from Panamax to Aframax and Suezmax," de Marucci explained. "In this sense, the design of the new locks allows this vessel size."

Preparing for a Changing Outlook

The PCA is already making changes to its operational plans given the prospect of accommodating long-haul tanker voyages and adding LNG carrier transits, de Marucci said.

"The Canal is in the process of developing the necessary navigational rules to administer the new traffic mix expected with the new locks in order to optimize the daily throughput of the waterway while at the same time, ensure a reliable, prompt, and safe operation," she explained.

"The Panama Canal Authorty has engaged in a number of market studies to better understand the gas industry and develop market strategies that enhance the canal's competitive position," added de Marucci.

The PCA has consulted with industry groups such as the Society of the International Gas Tankers and Terminal Operators (SIGTTO) to determine how it can best serve the LNG market, PCA's Economics Research Section told Rigzone. SIGTTO's role is to provide guidance to the Canal on best practices and standards in the industry to ensure that navigational procedures and regulations consider all risk factors associated with transporting LNG while at the same time maximizing traffic through the waterway, the PCA unit stated.

The preceding article outlines how the Panama Canal Authority is preparing for a potential change in the canal's business model that was unanticipated until recently. The concluding article in this two-part series highlights what the canal expansion could mean for companies shipping LNG and LPG from the United States.