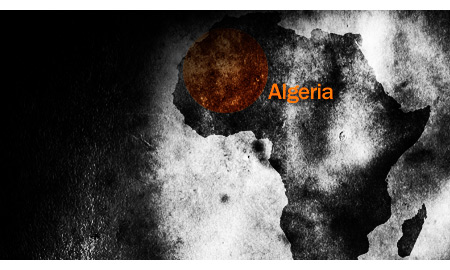 BP plans to evacuate non-essential workers from Algeria as a precautionary measure in the wake of the In Amenas hostage situation, the company said Thursday. The company added that it has not received reliable information on reports of casualties among the hostages or of hostages being released or escaping.

In a statement Thursday afternoon (U.S. time), BP Group Chief Executive Bob Dudley said that supporting the families of the hostages "is our priority and we are doing all we can to help during this sad and uncertain time".

Statoil reported Thursday that five of its 17 employees involved in the hostage situation were headed to . Additionally, Statoil and BP have decided to bring non-critical personnel from its two other plants in Algeria – In Salah and Hassi Mouina – out of the area and home again. "At least three planes will likely be utilized for this purpose, and it is believed that around 40 Statoil employees will be on board the first three plans," Statoil said in a statement.

Statoil CEO Helge Lund said the company cannot currently confirm the status of the remaining nine Norwegians who are involved in the situation. Statoil is working with BP and the Norwegian government to ensure access to necessary medical personnel for the hostages and an effective evacuation. Norwegian authorities also have sent a plane with medical expertise to assist in the situation.

The deadly hostage siege has raised concerns about the security of the energy infrastructure in and the rest of the region, according to a Barclays Capital Jan. 17 research note. While multiple extremist groups operate throughout North Africa and the , attacks on the region's energy facilities have been relatively rare. However, industry employees have been targeted on occasion, such as in December 2006, when Al Qaeda in the Islamic Maghreb (AQIM) bombed a van carrying Brown Root-Condor employees outside .

"The Algerian energy facilities have been viewed as relatively well protected; hence, the events at Amenas may come to constitute something of a turning point," Barclays analysts noted. The nation's energy exports were not significantly disrupted and production remains stable during the country's civil war, and the government regularly monitors pipelines and heavily polices hydrocarbon and petrochemical facilities.

However, the Libyan conflict has complicated the security picture in North Africa and the Sahel, with Western military officials and UN officials repeatedly sounding the alarm about Libyan weapons ending up in the hands of military groups such as AQIM and Boko Haram in .

"If the tragic events of this week mark the beginning of a new trend, it could have a chilling effect on energy industry operations in the region," Barclays commented. "International oil companies place a high premium on protecting their employees and have shown a willingness to shut down operations if their safety is deemed at risk."

Earlier, the United States military deployed an unmanned Predator drone over the Amenas gas facility where it is believed that five to seven Americans are being held hostage, along with dozens of hostages from other countries, Dow Jones newswire reported Thursday afternoon (U.S. time). The total number of hostages is unclear but reports suggest around 40 foreign hostages.

The drone images do not provide a clear picture inside the building of which the hostages are being held at in the In Amenas gas field in southern Algeria.

"Unfortunately, the best information we have at this time is that U.S. citizens are among the hostages," White House Press Secretary Jay Carney said at a press conference.

Initially it was believed 10 Americans were being held but that number has decreased to five to seven. Some hostages were killed during the assault but officials do not know exactly how many.

"We're certainly concerned about reports about any loss of innocent life and are seeking clarity from the Algerian government," Mr. Carney added.

It has not been confirmed whether the militants are linked to al Qaeda but the United States is trying to sort that out, Mr. Carney said. The government is in contact with the Algerian government and BP.

Meanwhile, newswires reported lunchtime Thursday (UK time) that a spokesman claimed 34 hostages and 14 kidnappers have been killed in air strikes against the Amenas gas facility.

Islamist militants attacked the facility early Wednesday morning, taking dozens of hostages. Statoil and BP, who operate a joint venture at Amenas, confirmed Wednesday and Thursday that they have several workers at the facility.

According to the AFP a spokesman for the kidnappers, speaking through a Mauritanian newswire, Algerian military aircraft attacked the facility in what appears to have been an attempt to free the hostages. The spokesman warned that the kidnappers would kill all remaining hostages if the Algerian army approached. This report has been unconfirmed, however.

BP issued a statement this afternoon in which it said it the UK and Algerian governments had confirmed to the company that the Algerian army is attempting to take control of the Amenas site. However, the firm stressed that the "situation remains unclear" and that it continues to seek updates from the authorities. It also pointed out that it was still lacking any confirmed or reliable information about casualties.

BP Group Chief Executive Bob Dudley commented in a statement that supporting families of oil workers is the company's priority.

Earlier Thursday, Algeria's APS news service said that 30 Algerian workers who were being held hostage at the facility had managed to escape, while there were other reports that 15 foreign workers had also managed to escape.

Thursday morning also saw Statoil CEO Helge Lund give a press conference at the company's headquarters in Stavanger, Norway, where he said that Statoil and BP are still faced with an "unresolved and very serious situation" a day after the attack and hostage taking at the Amenas gas facility.

Lund confirmed that there was still a hostage situation at the facility, which is a joint venture between Statoil, BP and Algerian state-owned energy firm Sonatrach.

"Since the initial report was received early yesterday, Statoil has taken the situation very seriously. All of our efforts are focused on bringing our employees home safe, as well as providing the support and assistance we can to their families and friends, colleagues and other employees in Statoil's organization. We have mobilized every available resource we have and need from the organisation. At the same time, we are cooperating both with Norwegian and international authorities, as well as other companies affected by the incident," he said.

Statoil added that no information had emerged during the night that would indicate any significant changes. 17 Statoil employees were at or near the gas facility when it was attacked by Islamist militants. The firm has since confirmed that five of these employees are safe, but that 12 Statoil employees still remain hostages.

"Both through the Norwegian Ministry of Foreign Affairs and other channels, we are communicating one clear message: the most important thing now is the consideration for the safety of our employees and other companies' employees still caught up in the hostage situation," added Lund.

Late Tuesday, BP announced it had activated its emergency response system and that it was engaged with Algerian authorities about the incident.

Also on Tuesday, an Al Qaeda militant Mr. Hamaha was reported as saying that 41 hostages were being held, including British, French, U.S. and Japanese nationals. The death of a UK national due to the attack has also been reported.The Amenas facility services a wet-gas field, which is operated in partnership with Sonatrach, BP and Statoil. The field is approximately 800 miles from Algiers and 38 miles west of the Libyan border.

Karen Boman and Robin Dupre contributed to this story.