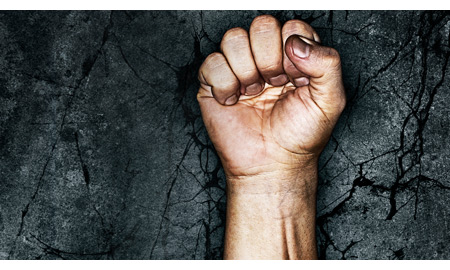 Australia, home to seven world-scale LNG projects that have already reached their final investment decision stage, has been touted as a country that is poised to overtake Qatar as the largest LNG exporter by 2020.

Four of the new projects draw from gas fields in Western Australia: Gorgon, Prelude, Wheatstone and Ichthys. The other three Queensland-based projects are: Queensland Curtis LNG (QCLNG), Gladstone LNG (GLNG) and Australia Pacific LNG (APLNG), where the protest movement has been gaining steady momentum since May 2012.

The Importance of CSG in Australia's Context

Australia's gas development started with LNG exports from reserves under the Indian Ocean, offshore the northern coast of Western Australia. Thanks to surging demand from Asian economies such as Japan, South Korea and China, explorers have started moving across the continent to eastern shores.

The gas trapped in coal seams, once seen as an unprofitable venture, has charged the boom of a whole new industry in Australia alongside advancing exploration and production technology.

The pace of Australia's CSG development is a remarkable story. According to Australian CSG exploration company Apex Energy, CSG production in the country reached 185.7 billion cubic feet (Bcf) in 2009, up 41 percent from 2008's figures. The Australian Petroleum Production & Exploration Association (APPEA) estimated that the CSG industry will generate as many as 18,000 jobs and up to $1 billion in annual state taxes.

Proponents of the CSG industry, who also support the use of hydraulic stimulation for CSG-related projects – most notably operators –, point out that the emerging sector should be supported as it directly translates into local employment and training opportunities.
Operators also note that hydraulic fracturing, which involves drilling wells into seams of coal and injecting a mixture of water and chemicals to cause fractures in the coal, is a production method that has been used 1958, and is a well-regulated exploration method which has not proven to pose any environmental hazards.

The Government of Western Australia has meanwhile shown its support behind the use of hydraulic stimulation.

Over 700 well stimulations have been completed – a relatively small figure when compared to the United States, which sees almost 10,000 wells being fractured each year, according to a published statement by the Government of Western Australia.

"Hydraulic stimulation was commercially established in the late 1940s in the U.S. Since then, it has been used globally in the industry. The use of hydraulic stimulation in accessing shale, tight and coal seam gas is a relatively recent phenomenon," the WA Government explained in a published statement on its website.

Commenting on regulatory requirements in place for CSG exploration projects, the WA Government said: "Well design and drilling programs are thoroughly assessed to ensure well integrity and no uncontrolled flow of fluids. As part of the approvals process each operation is assessed thoroughly and conditions are added to approvals where appropriate to ensure that all precautions necessary are taken to protect the environment."

Santos – which leads the Glandstone LNG (GLNG) project – and Metgasco have been grappling with immense public pressure since the fourth quarter of last year.

Last year, Santos' CEO David Knox faced the Climate Emergency Action Network (CLEAN), which held an angry protest in front of Christmas shoppers in Adelaide's Rundle Mall Dec. 14, before marching to the company's headquarters. CLEAN's message on that day was "no to unconventional gas – yes to renewables."

Santos GLNG project is designed to take in piped CSG from the Surat and Bowen basins, around 249 miles (400 kilometers) away from the coastal city of Gladstone. To support the GLNG projects, some 3,200 CSG wells have already been drilled.

Meanwhile, Metgasco, which focuses on the development of CSG exploration and pilot wells in the onshore Clarence Moreton Basin, was faced with a stream of anti-CSG protests starting November. In one protest, demonstrators chained themselves to a truck at the company's Glenugie site. The group of activists maintained their blockade at Metgasco's site until Jan. 8 after 18 people were arrested after a 9-hour standoff with police officers.

The firestorm of resistance comes amid Metgasco's announcement that it will go ahead with the first of its CSG exploration efforts, following its success in obtaining all landowner and government permits required for work to start on its PEL 426 permit.

The immense flood of anger shown against Santos and Metgasco has led to other companies, such as New Standard Energy – which is involved in shale gas exploration works on the Canning Basin – to repeatedly emphasize in public statements that it is not involved in horizontal drilling or hydraulic fracturing activities.

The community of NSW and Queensland needs to understand that unconventional gas will ultimately be beneficial for the nation's progress, Comet Ridge's Managing Director Tor McCaul told Rigzone on the volatile situation between CSG operators and environmental activists.

"Gas is a clean form of energy … it is nice [to know] that [one] will have enough power to charge your iPhones when you reach home at the end of the day," McCaul said.

jason  |  February 12, 2014
Fracking has already causing problems in other countries. Communities that never had earthquakes are starting to see fractures in their house foundations. Water levels and quality are affected. Australia being such a fragile ecosystem raises the need for greater research and justification for going ahead with fracking, especially with so many local businesses lives at stake. I feel the government is just rushing into this. Sure it is great for export but what about the impact left behind at a local and state level. It is a short term gain but a long term impact.
Brent Hoare  |  January 20, 2013
Those engaged in commerce in this country have a strong legal obligation to not make false, deceptive or misleading statements. It is arguable that greenwashing claims such as "Gas is a clean form of energy" are in breach of these obligations, and leaves those making them exposed to attention from the corporate regulator, the ACCC, or restraining action from concerned 3rd parties. Extracting and burning unconventional gas is a dirty business, and has no social licence in Australia. Public concern about the polluting and environmentally damaging impacts of CSG extraction will not be assuaged by any gas companies confected claims, this is a protest movement that is only just beginning.
Chris Harris  |  January 17, 2013
"Gas is a clean form of energy … it is nice [to know] that [one] will have enough power to charge your iPhones when you reach home at the end of the day," McCaul said..... Sure hope he doesnt want a nice clean glass of H2O to go with that because he wont be getting it if this process goes ahead
Gis  |  January 17, 2013
Most of the gas will be exported, it has nothing to do with charging mobile phones here in Oz.
PinkSurfboard  |  January 16, 2013
Proponents and investors in Australian CSG projects would be wise to not underestimate the effectiveness, commitment and dedication of the broadly based "Lock the Gate" alliance. This remarkable coalition of conservationists, farmers and the conservative Country Womens Association has widespread support, and is well organised by activists who know how to win campaigns. Having truth on their side helps a great deal too. Australians care deeply about protecting our land and water, and are not convinced by claims that gas is cleaner than coal. As the science establishing the climate impacts of underestimated fugitive emissions of methane consolidates, and the dots are joined between these emissions and our increasingly frequent and severe floods and fires, APPEAs hollow PR efforts will become increasingly futile. Investment in renewables is much more secure.

MORE FROM THIS AUTHOR
Quintella Koh