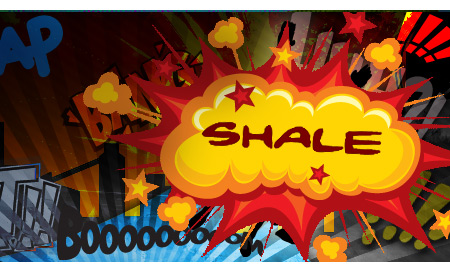 LONDON - A shale oil boom means the U.S. will overtake Saudi Arabia as the world's largest oil producer by 2020, a radical shift that could profoundly transform not just the world's energy supplies, but also its geopolitics, the International Energy Agency said Monday.

In its closely watched annual World Energy Outlook, the IEA, which advises industrialized nations on their energy policies, said the global energy map "is being redrawn by the resurgence in oil and gas production in the United States."

The assessment is in stark contrast with last year, when it envisioned Russia and Saudi Arabia vying for the top position.

"By around 2020, the United States is projected to become the largest global oil producer" and to overtake Saudi Arabia for a time, the agency said. "The result is a continued fall in U.S. oil imports [currently at 20% of its needs] to the extent that North America becomes a net oil exporter around 2030."

This major shift will be driven primarily by the faster-than-expected development of hydrocarbon resources locked in shale and other tight rock formations that have just started to be unlocked by a new combination of two technologies: hydraulic fracturing and horizontal drilling.

Within a decade, the IEA forecasts U.S. oil imports will fall by more than half, to just 4 million barrels a day from 10 million barrels a day currently. Much of this decline will be due to higher domestic production, but efforts to improve energy efficiency in the transport sector will also prove significant, the IEA said.

The IEA's conclusions are partly backed by the Organization of the Petroleum Exporting Countries, which last week acknowledged for the first time that shale oil would significantly diminish its share of the U.S. market.

OPEC said the U.S. would import less than 2 million barrels a day in 2035, almost three-quarters less than it does today.

That's not to say OPEC's role will be marginalized globally. The organization's share of global production will increase to 50% in 2035 from 42% today, with much of it going to Asia, according to the IEA.

According to the IEA, the U.S need for oil imports from the Middle East will fall to almost zero in the next 10 years, while almost 90% of Middle Eastern oil exports will go to Asia by 2035, creating a new trade axis.

"Asian countries should have much greater interest in the stability and security of their suppliers in the Middle East," said Richard Jones, deputy executive director at the IEA.

Some in the U.S. are already questioning the reasons for keeping U.S. warships in the Persian Gulf. "It's insane that we have the Fifth Fleet of the U.S. Navy tied up there to protect oil that ends up in China and Europe," T. Boone Pickens, chief executive of energy-focused hedge fund BP Capital Management, was quoted as saying last week in U.S. magazine Parade.

The IEA said, however, that U.S. primacy in world oil production could prove short-lived.

"If no new [U.S.] resources are discovered and if the [oil] prices are not as high as today, then we may see Saudi Arabia coming back as the first producer again," said the IEA's chief economist, Fatih Birol.

The IEA also warned that the emergence of shale gas as a game changer in global energy has a downside risk, contributing to increased competition for water resources needed for energy projects.

Shale oil and gas are extracted by pumping water, sand and chemicals into the ground at high pressure to crack rocks open, a process known as hydraulic fracturing, or "fracking." But the intensive use of water, "will increasingly impose additional costs," and could "threaten the viability of projects" for shale oil and gas, and also biofuels, the agency said.

Bongo  |  December 13, 2012
Why is this a surprise? The knowledge of massive gas lands in the US, and exploration of them, has been going on for decades. Its only a boom now because its financially viable to extract the gas lands... which by the way takes way more energy then you get out. How efficient is that? And its business people behind all this? Would you run a business with such inefficiencies? This is nothing but a CRIMINAL ACT, raping the lands, scarring them for eons, releasing poisons for children to worry about and dont forget about all residents around gas lands being poisoned. Oh well, you can make money from their hospital bills too. Enjoy your anonymous comfort behind your screens, credit cards, locked up in your cars and homes... cowards, all of you.
Trev  |  November 22, 2012
This will be bad for the planet. Cheap abundant energy will result in fster global warming.
PetroBOB  |  November 16, 2012
As fare as the military being their to guard the pipelines and facilities is true, but I think its just a perfect startagy to be within string distance from the second giant. Something that troubles me is that we the people of the Americas work so hard to bring up the oil and gas to production. While a pencil pusher at the New York Stock Exchange gets the final reward of pricing of our own resources witheasy and liberty of driving the cost so high that it cripples our own country
peter  |  November 16, 2012
this would be the fairytail come true. and for all you americans i hope it will and for all you other people in the world i hope so 2. with the demand in oil still shooting up and the deed for this recourse evergrowing it would be great if the big dictator country can take care of itsself so we can trade normaly without bubbles from america diplaying the trade. middle east will never loose its power.
Muldoon  |  November 16, 2012
Vernon, Good point.
phunyfarm  |  November 14, 2012
This sounds promising. Much further documentation & investigation is needed before this "news" becomes reality.
Vernon  |  November 14, 2012
Time will tell just how wonderful this entire oil thing is. It is a fact under North Dakota, South Dakota, Eastern Montana and numerous other locations there is enough oil reserve to supply the US at twice its present usage for aprox. 250 years. We could export 50% and still have enough at 150% for over 200 years. ONE MAJOR PROBLEM STANDS IN THE WAY: OBAMA and thousands of new regulations that we all know will come down the pike
WestHoustonGeo  |  November 13, 2012
Ive been telling people this for years. They think I am crazy. Nevertheless, it could have happened. But alas, it is no longer possible. Now, the EPA and DOE will slowly strangle the oil and gas industry as they are already doing to Coal. The economy will collapse into recession. Apparantly, this was the plan, all along.
Doug Sheridan  |  November 12, 2012
Considerable benefits will be bestowed upon the US should IEAs projections come to fruition. Not only would it mean the dollars that would otherwise be sent to other countries for their crude will remain in the US, the tax revenues associated with profits from producing domestically will go into the countrys coffers. The numbers who are employed and provided a sound living by the oil and gas industry will rise as well. And other countries looking to duplicate the USs success in shales will be looking to import the expertise of American operators and suppliers. This is all likely very hard for the environmentalists to accept, but the domestic hydrocarbon industry has a real opportunity to help improve both Americas competitiveness and standard of living.
Patrick Smyth  |  November 12, 2012
This is incredible news. Obama must approve some major changes in infrastructure and remember to NOT over-tax the industry.
RELATED COMPANIES
Company: International Energy Agency (IEA) more info