North Sea Oil and Gas: A Long Future Ahead 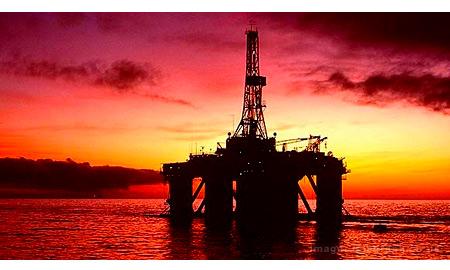 Rigzone Looks Back: The recent Scottish Referendum debate about North Sea oil reserves served to highlight an issue that many Britons connected to the oil and gas industry have long worried about: exactly how much oil and gas is there in the North Sea and how long can the region support a meaningful number of jobs? This article from April 2012 showed that although the "easy" oil and gas in the North Sea may have already been found, plenty of technical expertise will still be required over the long term not only to find and commercialize harder-to-get-at hydrocarbons, but also to squeeze every last drop of oil out of existing North Sea fields.

For many young people living in northwest Europe, the North Sea oil and gas industry has for decades provided guarantee of a long career. But technically-minded UK, Dutch and Norwegian youngsters today could be forgiven for giving up on a career in oil and gas because of a long-held view in those countries that hydrocarbons in the North Sea will soon "run out."

In the UK in particular, it is not unusual to hear certain figures among the country's press and politicians bemoan that North Sea oil and gas will soon run out and that once-large reserves have already been squandered by past governments. Meanwhile, the trumpeting of renewable and nuclear energy as a way to fight carbon emissions by recent governments – including the current coalition government – might suggest to the man on the street that oil and gas is on its way out.

In fact, North Sea oil production did indeed peak more than a decade ago, with UK production hitting 6.4 million barrels per day in 1999 and Norwegian production reaching 3.4 million bpd in 2001.

On the UK Continental Shelf, recent years have seen production decline at an average rate of around 6 percent per annum, according to industry body Oil & Gas UK. More alarming was the drop in UK production last year, when production unexpectedly saw a one-year fall of 18 percent from 810 million barrels of oil equivalent (MMboe) in 2010 to around 660 MMboe in 2011.

Meanwhile, accounting firm Deloitte estimates that exploration and drilling activity on the UK Continental Shelf was down 34 percent last year on 2010. Its Petroleum Services Group said that 2011's level of activity was the lowest seen on the UKCS since 2003, while activity so far this year has been comparable to the same period in 2011.

So, to a young engineer or geologist considering a career in North Sea oil and gas such statistics at first glance might be somewhat off-putting. But there is plenty of reason to suggest that a newly-qualified graduate embarking on a career in the North Sea today could work through to their pension age without having to relocate to some other corner of the world.

Up to 24 Billion Barrels in the UKCS

For sure, North Sea production is falling but when you consider some of the factors responsible for this decline – including unscheduled maintenance and plant outages, the maturity of infrastructure and pipelines and declining investment (partly as a result of a tougher fiscal regime) – it is clear that the North Sea is going to need more engineers and other technical people in order to prolong the extraction of what some see as its dwindling hydrocarbon reserves.

But, in fact, there is still plenty of oil and gas in the North Sea.

Despite having produced more than 40 billion barrels of oil equivalent (Bboe) during the past four decades the UK's continental shelf (UKCS) today holds between 14 and 24 Bboe, according to Oil & Gas UK's 2011 industry report. The industry body, which represents the interests of the oil and gas sector in the UK, said that this range of estimates encompasses proven, probable and possible reserves as well as a contribution from additional resources as a result of exploration activity.

Oil & Gas UK's figures show that already-approved investment plans have the potential to deliver some 6 Bboe of reserves from existing fields, while there are around 3.1 Bboe to come from new fields and another 2.6 Bboe from brownfield developments that are waiting to secure investment approval. This means that just based on the existing set of opportunities as much as 11.7 Bboe could be recovered during the next three decades.

As well their production operations, majors such as BP and Shell are still exploring for oil and gas in the region. Even this week, BP spud its latest exploration well on the North Uist prospect, offshore Scotland and west of the Shetland Islands.

Then there are the junior oil firms that continue to explore the opportunities that the majors pass over. For example, Xcite Energy recently spud a well on the Bentley Field, east of the Shetlands, where it is targeting more than 100 million barrels.

Bridge Energy, another junior focused on the UK and Norwegian continental shelves, has interests in dozens of licenses (including nine as operator) and has drilled 13 exploration and appraisal wells so far. The firm developed the Victoria I gas field that has been on production since 2008 and is preparing its Victoria II field for first gas this year.

Tom Reynolds, Bridge's Deputy CEO, is upbeat about employment prospects in the North Sea during the next few decades, not least because of the technical challenges involved in extracting harder-to-get-at hydrocarbons.

"The laws of physics mean that the North Sea's basin production will decline but I think the economics are such that there will be continued and probably increasing effort to get those last drops of oil out because they will be very valuable and I think they will increase in value as we go forward," Reynolds told Rigzone in a recent interview.

Meanwhile, Reynolds believes that recent discoveries in Norway – such as Statoil's Avaldsnes/Aldous discovery (since renamed Johan Sverdrup) that contains up to 3.3 Bboe – mean that the oil industry in that country is going to have to "step up its efforts" when it comes to employment.

Reynolds is enthusiastic about Statoil's Johan Sverdrup discovery, which is just next door to one of Bridge's own blocks.

And with companies like BP, Total and Shell sitting on North Sea assets that have production profiles forecasts to run beyond 2030, Reynolds describes the idea that North Sea oil and gas is a sunset industry as "nonsense".

"I think that the North Sea exploration and extraction industry is going to be continuing for the next 30 or 40 years and will more than see me out and, I think, people coming into the industry now."

But, of course, Brits and Norwegian oil workers are not just restricted to the North Sea.

"The North Sea industry has always been a base camp/training ground for international careers," Reynolds said. "If you look at a lot of my colleagues who I started with at Total and BP, they're now working, literally, all over the world -- in South America, in Australia, in the Far East and in Africa."

Indeed, one of Bridge's key challenges is in how it develops and retains the right sort of talent for its operations.

"I liken it to football teams. Do you go out and hire the experienced mid-market that come at a price or do you have a youth squad that you develop?" said Reynolds, who pointed out that for technical roles in exploration, experience really matters.

"In pretty much any professional discipline, in the oil industry, whether you are in London, Aberdeen, Oslo or Stavanger, the market for professionals in these places is very tight and there's a lot of competition for 10-15 years-qualified geophysicists, geologists, reservoir engineers, production engineers, pretty much any discipline you can name."

In Bridge's case, Reynolds points out, one of the firm's advantages in attracting personnel is that it is relatively small.

"There's a self-selecting group that will work for small, more entrepreneurial companies. There are certain people who are attracted to working in smaller companies. It could be because they think their work makes more of a difference, which I think is very much the case. It could also be that they understand that small companies can create more value for shareholders because they're small,” said Reynolds, whose company offers employees the chance to participate in its success through stock options and other equity-based incentives.

A Culture of Wage Inflation

Bridge Energy is not alone in its quest to find suitably-skilled staff for the North Sea. Last year, BP's head of North Sea operations indicated his frustration at finding skilled staff in an interview with the Sunday Telegraph while a quick trawl through Rigzone's jobs database reveals that the company is currently advertising for several dozen technical jobs in its UK operations.

This demand for skilled workers for offshore roles in the UK is borne out by research commissioned last year by oil industry training body OPITO and a parallel study by the UK's Engineering Construction Industry Training Board. This found that 81 percent of 110 UK oil and gas sector companies surveyed expected to grow their business between 2011 and 2016, with the majority anticipating growth in the workforce.

More than 50 percent of these companies cited that attracting appropriately-skilled staff was their number one challenge in delivering projects. OPITO said that respondents provided "clear evidence that inter-company competition for skilled, experienced workers is increasing" and that historically this has "resulted in a culture of wage inflation and loss of skills continuity".

There is also increasing competition for skilled staff from other industry sectors, including the North Sea decommissioning industry and the UK's offshore wind power sector.

"… Tens of Billions of Pounds of Additional Investment…"

One very recent measure, which will likely provide a boon to North Sea exploration and production, was this month's UK Budget, which saw Chancellor George Osborne guarantee tax relief for the costs companies incur when decommissioning fields and infrastructure on the UK continental shelf.

Deloitte's view of the measures announced in the Budget is that it will create an environment in which "maximum economic recovery of hydrocarbons from the UK North Sea can be achieved in the years to come" since a major fiscal risk for investors in the region has been removed. Given that UK North Sea decommissioning costs have been estimated by Deloitte at almost $50 billion over the next 30 years, a great deal of capital that might previously have been earmarked for decommissioning can now be diverted to investment and the development of new opportunities in the North Sea.

Commenting on the Chancellor's announcement, Oil & Gas UK Chief Executive Malcolm Webb said that the package of tax measures would "result in tens of billions of pounds of additional investment to develop the UK's economically important oil and gas reserves".

Such measures are evidence that European countries will likely introduce further incentives to encourage the exploration for and production of hydrocarbons in their own territories as energy security becomes increasingly important with China and India continuing to develop their economies and their own demand for oil and gas increases sharply.

All in all, a young European seeking a long career in oil and gas need look no further than the North Sea.

Rigzone is celebrating 15 years of bringing you news, jobs, data and events 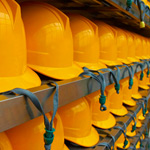 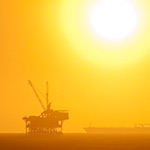 Peter Brooke  |  November 19, 2013
Very informative and helpful to understand the size of the supply and demand. An area to be added for future, to explain resource shortage; Young folks are more socially and environmentally aware and informed about the damaging affects of burning fossil fuels.
James Brannick  |  April 06, 2012
A very informative and well informed piece of journalism, i thoroughly was fascinated by this work.