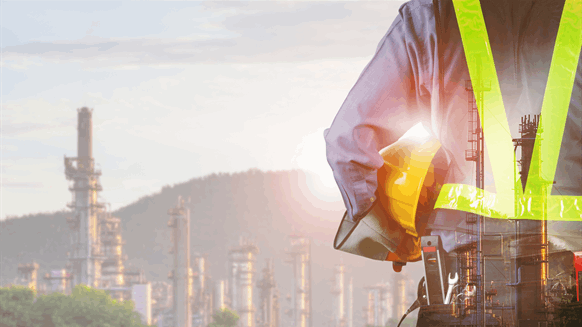 The Permian Basin oil and gas sector is forecasted to support 5,578 more jobs next year.

The Permian Basin oil and gas industry will support 93,201 jobs in 2020, according to the latest forecast from the Texas Independent Producers & Royalty Owners Association (TIPRO).

“Based on TIPRO’s analysis, including production, pricing and employment trends, we forecast an increase of 5,500 net new oil and natural gas jobs in the Permian between 2019 – 2020,” TIPRO President Ed Longanecker told Rigzone.

“Permian production and employment are expected to rise in the coming year as additional pipeline capacity comes online,” he added.

The TIPRO head also warned, however, that employment growth will be dependent on several factors and could be negatively impacted by the escalating trade war with China and growing uncertainty in the market among investors and producers.

According to the latest TIPRO figures, Midland, Texas, was the Permian Basin city with the most unique oil and gas job postings (UP) from January to July this year. Registering 2,328 UPs during the period, Midland ranked above Odessa, which saw 1,296 UPs and Carlsbad, which saw 537 UPs.

TIPRO showed that the occupation with the most UPs in the region from January to July was general maintenance and repair workers. This occupation had 711 UPs during the period, compared to heavy and tractor trailer truck drivers, which came in second with 598 UPs, and retail salespersons, which came in third with 319 UPs.

The oil and gas industry with the most UPs in the Permian from January to July was crude petroleum extraction, with 2,141, according to TIPRO. Support activities for oil and gas operations saw 1,197 UPs in the region during the period and petroleum refineries saw 1,029 UPs.

MERWYN MORAES  |  September 27, 2019
I believe that we use to repeat this words saying that we are Oil & Gas professionals working on Rigs, but now we can;t trust and believe that we were working as oil & gas professionals. It is really hard to believe, because there are so many vacancies and advertisements we receive, and posted so many applications for vacancies but I have not received any reply till date. There are so many professionals sitting at home doing nothing because after working for so many years offshore the hard work and professionalism is gone in waste. I want to say there is no professionalism in oil field remaining there is only competition, that each and everyone is doing even the HR in the companies try to show that they doing the good thing by selecting the best person. This mentions 93,000 jobs, it looks like this is only saying because we working for so many years and now after working for so many we are sitting at home doing nothing, and no one gives job for this experience is not required in onshore. I want to advise the new generation to think well before they join the oilfield because the salaries have gone down to ten years back salaries. The job is hard and difficult, There are advanced rigs coming but still there is danger to work out, because there is always "WHAT IF" as it is written by one friend that it "will ruin your life." It's not fair. If you have no money how can you be taking care of your family, living them on the streets because of no more options because you have no money. I would like to suggest and advise the ones who were working on the rigs and now they are sitting on higher position in the offices to think about those who are working hard, slogging, to understand and not to be selfish.
Robert Scruggs  |  September 25, 2019
I find this hard to believe. I've applied to nearly 500 petroleum engineering jobs and haven't gotten one interview. Look online. 93,000 jobs? Hahaha, more like 15. I highly advise any young person not to join this industry as it will ruin your life. It's not fair. You could graduate with a 3.8 in petroleum engineering which is a hard major and have no job. If you have no family to support you, then living on the streets becomes an option because you have no money. Meanwhile the CEO makes $22 million dollars and has his butler make him breakfast. My only advice to anyone is do what you have to do to survive. Life wasn't meant to be this hard.
RELATED COMPANIES
Company: Delek Drilling more info
Company: Basic Energy Services, Inc. more info