W&T, Kosmos Strike Oil in US Gulf of Mexico 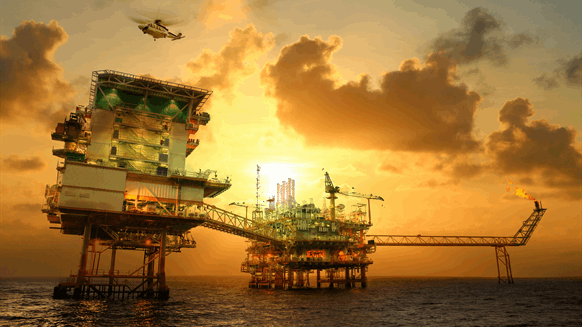 W&T Offshore (operator) and project partner Kosmos Energy have made an oil discovery at the Gladden Deep exploration well in the U.S. Gulf of Mexico.

Kosmos, which has a 20 percent working interest, said Gladden Deep is a subsea tieback expected to be brought online through the existing Gladden pipeline to the Medusa spar in fourth quarter 2019.

Gladden Deep is the first of a four-well infrastructure-led exploration (ILX) program in the Gulf of Mexico in 2019.

Later this year, Kosmos will drill the Moneypenny prospect (third quarter) followed by the Oldfield and Resolution prospects (fourth quarter). The three prospects are targeting around 100 million barrels of oil equivalent (MMboe) net to Kosmos.

Preliminary analysis of drilling and wireline logging results suggest the recoverable resource is expected to be in line with predrill estimates of 7 MMboe gross.

“Although Gladden Deep is the smallest prospect in this year’s drilling campaign, it is a prime example of our ILX strategy in action – targeting high margin, high return barrels that can be quickly brought online through existing facilities,” Kosmos CEO Andy Inglis said in a company statement. “The development of Gladden Deep has a full cycle rate of return of over 100 percent at $60/barrel Brent. This discovery continues the strong momentum we have seen in our Gulf of Mexico business unit, following the recent lease sale results and increased production from the Tornado-3 well coming online.”