Woodside Delivers LNG To Europe To Help With Energy Crisis 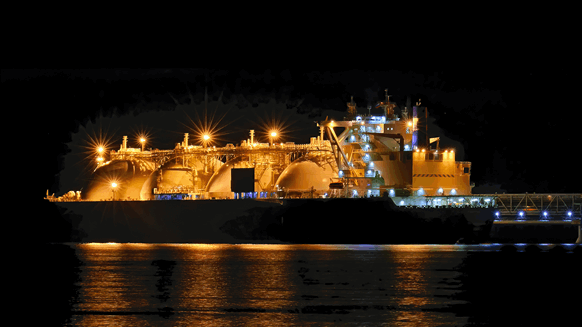 Woodside has shipped an LNG cargo to Europe on board the Woodside Rees Withers from Australia's North West Shelf and delivered it to Uniper.

Woodside Energy has shipped an LNG cargo to Europe on board the Woodside Rees Withers from Australia’s North West Shelf and delivered it to Uniper Global Commodities.

Woodside said that the cargo of approximately 75,000 tons of LNG or 100 million cubic meters of natural gas was delivered on November 27, 2022, to the Gate Terminal located on Maasvlakte in Rotterdam, and will contribute to natural gas supply in Northwest and Central Europe.

Woodside Executive Vice President Marketing & Trading Mark Abbotsford said the company was pleased to have concluded the trade at a time when Europe is in urgent need of alternative sources of gas to replace Russian pipeline supplies.

“Events over the course of 2022 have shown that the world cannot take reliable and affordable supplies of energy for granted, particularly as we strive to decarbonize.”

“At such times it is more important than ever that buyers and sellers work together to flexibly respond to market dynamics. Our relationship with Uniper is an example of such cooperation.”

“The delivery of a North West Shelf LNG cargo to Europe also highlights the role that Australian LNG can play in supporting global energy security,” he said.

“We continue to work on securing the much-needed gas supply into Europe from reliable sources like Australia and thus helping to strengthen the security of supply during the ongoing crisis triggered by the Russian war.”

“In addition to bringing online floating storage and regasification units in Germany, we are contracting LNG from diversified sources into existing and new regasification capacity in Europe. Woodside as a reliable supplier is helping us to bring additional LNG to Europe,” Uniper’s Director of LNG Andreas Gemballa added.

To remind, Germany inaugurated its first of five floating LNG terminals in mid-November. It is part of the government’s plan to replace Russian gas by importing LNG. The completion in 194 days represented an unprecedented pace of construction in Germany, made possible by permitting exceptions and forgoing environmental impact assessments.

The FSRU can regasify a minimum of 5 bcm of LNG annually, with a maximum capacity of 7.5 bcm. It will feed the gas into the German gas grid through a pipeline with an annual capacity of 10 bcm. A second FSRU is expected in late December, followed by another three next year. In total, the German government hopes to replace 50 to 60 percent of Russian gas with LNG in 2023.