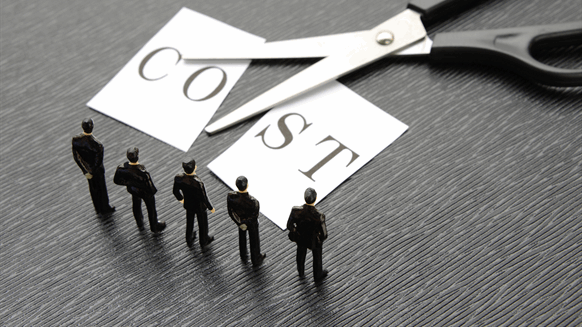 A major industry shake-up akin to that of the late-1990s could be on the horizon.

Crude oil prices below $40 per barrel for an extended period could set off a major industry shake-up on the order of the dramatic cost-cutting that occurred more than two decades ago, according to natural resources consulting firm Wood Mackenzie.

“The price collapse could be the trigger for a new phase of deep industry restructuring – one that rivals the changes seen in the late-1990s,” Tom Ellacott, vice president for corporate upstream with WoodMackenzie, commented in a written statement emailed to Rigzone.

Ellacott also noted the current oil price war between Saudi Arabia and Russia itself is not unprecedented.

“This is not the first time we’ve seen a price war – the last was as recently as 2015/16,” Ellacott pointed out. “But this time, oil demand is also weak as the coronavirus outbreak depresses global economic growth. The macro-economic backdrop is completely uncharted waters for oil and gas companies.”

Wood Mackenzie also estimates that, at current activity levels, many companies require an average Brent crude oil price of $53 per barrel to break even this year. The firm noted the estimate factors in dividends at expected current levels and announced share buybacks.

To be sure, Wood Mackenzie contends actions the oil and gas industry took following the last price collapse have left its financials in “much better shape.” However, the consultancy noted that many firms’ gearing levels – indicators of how much debt and equity fund a firm’s operations – are high. The higher the gearing ratio, the higher a company’s reliance on debt for financing operations. An oil and gas company with a high gearing level is in a less favorable position to absorb a sustained period of weak oil prices through its balance sheet than a firm with a low gearing level, Wood Mackenzie explained.

Using Wood Mackenzie’s “Lens” data service, Fraser McKay – the firm’s upstream analysis head – determined that up to $380 billion of cash flow would vanish from forecasts with an average Brent price of $35 per barrel for the remainder of 2020. The consultancy pointed out such a loss represents an 80-percent decline versus a continuation of the average year-to-date $60-per-barrel oil price.

“Sustained prices below $40 per barrel would trigger a new wave of brutal cost-cutting,” remarked McKay. “Discretionary spend would be slashed, including buybacks and exploration. But given the lack of excess in the system, the cuts to development activity will be necessarily fast and brutal. U.S. tight oil development activity, though not as flexible as many believe, will react immediately.”

Under the $35 average price scenario, companies will also delay unsanctioned conventional projects and scale back in-fill, maintenance and other spend categories, McKay added.

“More highly leveraged players will be forced to make the deepest cuts to stave off bankruptcy,” concluded Ellacott. “Aggregate cash burn from the companies we cover in our Corporate Benchmarking Tool amounts to $130 billion in 2020 in the $35 per barrel Brent scenario. There is much less obvious excess spend to cut this time around after five years of disciplined investment and austerity. Raising capital is also much harder now, especially for U.S. independents, and upstream merger and acquisition market activity is at record lows. In addition, many companies have already made the most of the obvious asset sales.”