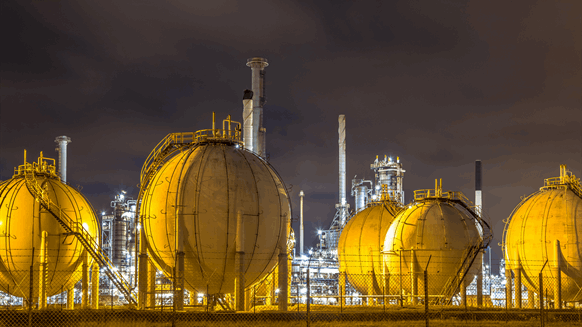 European winter is looking better than previously hoped, but at the cost of high prices, lower affordability for consumers, and a weakened economy.

European winter is looking better than previously hoped, but it’s been at a severe cost of extremely high prices, lower affordability for consumers, and a weakened economy.

According to data from Wood Mackenzie, high prices have hit demand hard – down 22% for non-power sectors year-on-year from July to October – and pulled in LNG supplies destined for Asia. This rebalancing, combined with warm weather in recent weeks, has kept storage 93% full which is much higher than the normal 80% for early December. Cold weather is now the principal risk this winter, but WoodMac believes there should be enough gas, barring an exceptionally long and cold winter.

But, with absent Russian gas, the market faces three more years of elevated prices and the repeat cycle of refilling storage with alternative sources of imported pipe gas and LNG in the summer, managing demand through the year and hoping for the best each winter. It’s only in calendar 2026 that relief finally arrives with sizeable new supplies of LNG. Until then, there will be a compounding effect of high prices on consumers and economic growth.

One of the reasons for this is the fact that the world is in the early stages of an LNG boom cycle. WoodMac claimed that global supply would increase by 45% by 2030. In the last two years, new projects that will deliver 78 mtpa of supply have been sanctioned, and another 90 mtpa will be sanctioned from 2023 to 2025.

Around $400 billion in investments is required in liquefaction, shipping, and regasification alone as well as multiples more on upstream gas. Two-thirds of the nearly $200 billion liquefaction spend is destined for plants in North America.

The new volumes will relieve the pressure on the system and bring prices down from today’s exceptional levels. There is even some risk of oversupply that could result in very weak prices temporarily as projects ramp up between 2027 and 2029.

“The investment in gas infrastructure getting underway across Europe will be critical. New regas capacity and interconnectors should ease the bottlenecks exposed this year and help gas to flow to the right places at the right time. With Europe increasingly dependent on imported LNG in gas and power markets, price volatility is here to stay. Europe will continue to compete with Asia for LNG supply at times of high demand. We expect European gas prices to settle around $9 to $10/mbtu, structurally higher than before the war, to reflect these factors,” Woodmac said.

Gas and LNG will play a critical role in achieving net zero by 2050 by displacing higher carbon-intensity coal in developing economies. But that will only happen if LNG is more affordable than it is today – gas prices must come down.

Woodmac expects LNG demand to grow by 200 mtpa, or 50%, over the next 10 years. Asia accounts for two-thirds, much of it in China and India as well as in Pakistan and Bangladesh where the domestic gas supply is declining. In contrast, LNG imports to mature Asian gas markets such as Japan and South Korea are set to decline as they diversify their energy mix towards renewables and nuclear.

Europe is still a hot market with LNG demand jumping 60% in 2022 and set for a further 25% growth by 2028. After that though, in the company’s latest view, demand declines quite steeply through the 2030s as the EU accelerates its push to low-carbon energy. There is further downside risk if the EU’s policy achieves its ambitious REPowerEU goals.

There is still an appetite for such deals as QatarEnergy’s recent 27-year deal to supply 4 mtpa of LNG to China's Sinopec showed. Just this week, QatarEnergy and ConocoPhillips announced a deal to sell 2 mtpa over 15 years to deliver into Germany.

While many independent LNG developers rely on long-term contracts to underpin financing for new projects, buyers are increasingly wary of committing to traditional long-term contracts because of the uncertainty around the resilience of gas demand beyond the mid-2030s. The trend is particularly acute in Europe with EU policy aiming to minimize gas consumption in the medium term. Utilities typically won’t want to commit to contracts longer than 15 years.

That’s an opportunity for LNG aggregators with a diversified international trading portfolio business. They can take the risk of the longer-duration contracts and help finance the new projects. But for taking the risk, the aggregators will expect a return – higher-priced resale LNG.