GLBP will feature a floating liquefaction plant and provide LNG marine fuel to vessels at the ports of Houston, Texas City, and Galveston, Rigzone revealed in a July 2020 article.

Pilot also reported this week that Wison has become a minority equity shareholder in Pilot, but the FLNG project developer did not provide specifics on that front.

“It was imperative that the company selected to carry out the FEED works for the Galveston LNG Bunker Port have an excellent track record of successfully engineering and executing floating LNG projects,” commented Pilot Chief Executive Jonathan Cook in a written statement. “Our selection of Wison is in recognition of their unparalleled expertise and commitment to delivering safe, highly competitive floating LNG projects and we are thrilled to welcome Wison as a partner and shareholder in Pilot.” 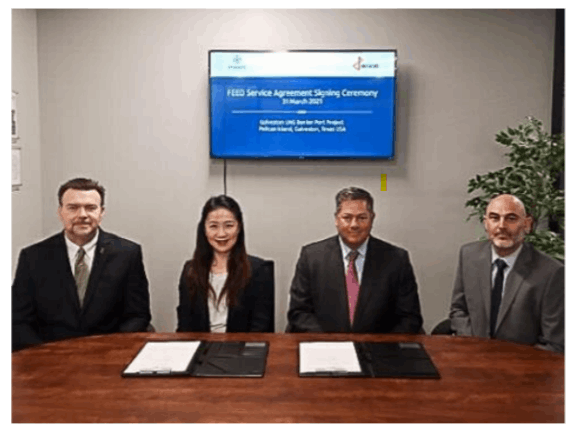 “Wison is delighted to grow our relationship with Pilot and we look forward to leveraging our significant experience to provide the greatest value to Pilot and its customers,” remarked Vivian Li, head of Wison Offshore & Marine, North America. “By utilizing floating technologies, we are able to provide a solution that can be delivered with unique advantages not available to traditional land-based facilities, as well as significantly reducing the infrastructure’s footprint and its associated impacts.”