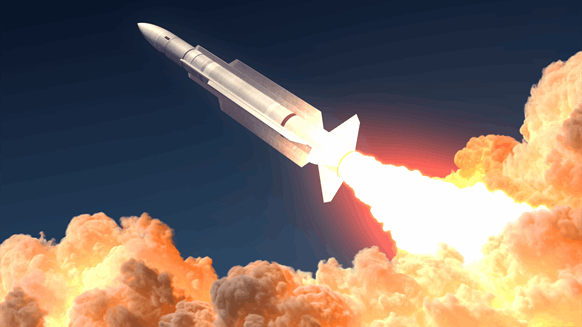 The crude market is now offering its biggest yield in about a year - at a time when other asset classes are offering meager returns - causing a surge in investor appetite for the commodity.

(Bloomberg) -- The crude market is now offering its biggest yield in about a year -- at a time when other asset classes are offering meager returns -- causing a surge in investor appetite for the commodity.

As oil futures power to $60 a barrel, the market’s forward curve has moved sharply into a pricing pattern where nearer-dated contracts are more expensive than later ones. The structure means West Texas Intermediate oil is effectively yielding about 8% on an annualized basis for investors who keep rolling their positions from one month into the next. It compares with 1.15% for a 10-year U.S. Treasury, and U.S. junk bonds below 4% for the first time ever.

The exuberance has helped push holdings of WTI futures to their highest level since 2018, even surpassing the frenzied period in April last year when prices turned negative, encouraging some investors to wager on a rebound.

“Roll-yield is a significant driver of commodity futures returns in the medium- and long-term,” said Ryan Fitzmaurice, commodities strategist at Rabobank. “The opportunity to collect a positive yield has attracted a meaningful increase in institutional and ‘long-only’ money,” especially given the low yields available from one-year U.S. Treasuries.

Crude futures contracts expire each month, so when that happens, investors who are long oil must roll their positions into the following contract. For almost all of last year that was a loss-making endeavor, but for most of 2021 it has been profitable for investors as nearby prices have rallied faster than later-dated ones.

There are other reasons traders have been flocking back to oil. Coronavirus vaccines have traders watching for a demand recovery in the coming months, while cold weather and output cuts from Saudi Arabia and its allies are boosting prices in the here and now.

The rally in the forward curve has also added to the incentive for oil producers to hedge their output -- another factor that tends to boost holdings of crude futures. WTI prices for this year and next are above $50 a barrel, while for Brent they’re above $55.

But it’s the prospect of yield in the oil market that’s got investors -- and some of Wall Street’s big research desks -- excited again. Goldman Sachs Group Inc. said last month that it expects commodities as a whole could return 10% over the next 12 months, while other banks from Citigroup Inc. to UBS Group AG have also talked up the prospect of strong returns as a result of the roll yield in the oil market.

“The steeper the curve gets, the more interesting it is for some investors,” said Giovanni Staunovo, commodity analyst at UBS.

The current 12-month roll yield is the highest since early January 2020, assuming traders roll their contracts in the days prior to expiration. WTI open interest was 2.45 million contracts on Tuesday, near the highest level since 2018.

For all that the yield on offer from the oil market appears attractive, it doesn’t hide the fact there’s still a risk of losses from a structural slump in headline oil prices. If that happens, and investors decide to exit the market, they lose money.

--With assistance from John Ainger and Christopher Sell.