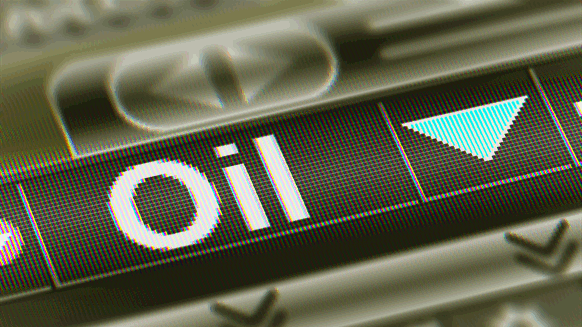 Oil plunged the most in nearly two weeks.

(Bloomberg) -- Oil plunged the most in nearly two weeks as growing delays in Europe’s reopening and looming Iranian supply dampened hopes for a swift decline in global inventories.

Futures in New York slumped 4.6% on Monday, sending prices to the lowest in more than a week and markedly below U.S. crude’s 50-day moving average. The U.K. may delay global travel beyond May 17 if Covid-19 infections continue to surge around the world, while Italy also extended some restrictions for travelers, adding further pressure to a recovery in oil consumption.

Meanwhile, Iran, the U.S. and the remaining members in the 2015 nuclear deal are set to gather in Vienna on Tuesday to discuss potentially resurrecting the agreement, presenting a possible path toward removing sanctions on the Middle Eastern country’s oil exports. Yet, Iran indicated talks won’t succeed without the U.S. fully removing sanctions.

“OPEC+ deciding to phase in production increases over time, when combined with news that potentially there could be more Iranian output, could very well mean that the market perceives there will be an imbalance more than previously,” said Bart Melek, head of commodity strategy at TD Securities. “Demand from Europe being significantly slower may derail” the near-term outlook for consumption.

More Iranian supply coming back to the market and renewed lockdowns complicate the picture for OPEC and its allies, which agreed last week to raise production by more than 2 million barrels a day over the next several months. Iran’s exports of crude, condensate and oil products could easily reach as much as 2 million barrels a day in the coming months amid a relatively muted U.S. response to higher shipments, according to consultant FGE.

Still, Goldman Sachs Group Inc. sees “a lot more” output being needed over the northern hemisphere’s summer to meet rising demand, and OPEC+ can adjust their decision as needed when it meets next at the end of April.

Saudi Arabia on Sunday raised prices for May oil shipments to Asia. Aramco, the state energy firm, will increase its grades to the region by 20 to 50 cents a barrel from April. Most prices for northwest European customers won’t be changed, while most grades to the U.S. will be cut by 10 cents. The move hinted at Saudi Arabia’s confidence in Asian demand recovering further.

Brent’s nearest timespread has remained in backwardation since last week -- a bullish pattern in which near-term prices trade at a premium to those further out -- signaling tightening supplies.