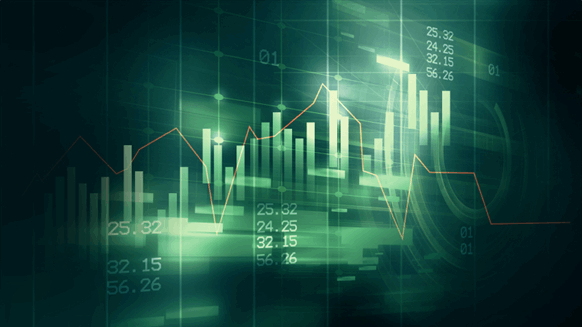 The world's biggest oil traders say crude could rise above $60 a barrel in a year as demand grows and OPEC keeps cutting.

(Bloomberg) -- The world’s biggest oil traders say crude could rise above $60 a barrel in a year as demand grows and OPEC keeps cutting. Or it might fall to $45 as another wave of U.S. shale hits the market.

The disagreement between Glencore Plc, Gunvor Group Ltd. and Trafigura Group Pte on the bullish side, and Vitol Group on the other, underscores the huge uncertainty over the key drivers of oil supply and demand. Growth in consumption has been stronger than expected this year, helping the recent price gain, but the speed of the expansion in U.S. output has also proved hard to predict.

A big surprise from one of those competing forces in 2018 could tip markets in either direction.

"Towards the back end of next year we’re going to be well above $60," Jeremy Weir, chief executive officer of Trafigura, said at the Oil & Money conference in London on Wednesday. Demand is growing, oil-field productivity is declining in the U.S. and further weakening of the dollar will boost commodities, he said.

The market has certainly tightened up in the last few months, said Vitol CEO Ian Taylor, but U.S. shale producers still have the ability to drive down prices, just as they did back in 2014.

“The one biggest downside to the market in terms of price is the fact that we still see a huge amount of incremental production ready to come on from the States,” Taylor said in a Bloomberg television interview. “We’re moving more and more oil from the U.S. all the way over into the Far East and I think that will have an impact. That’s one of the reasons why in the short term I think I should be a bit bearish.”

In the past three years -- as U.S. shale production ebbed and flowed, while the Organization of Petroleum Exporting Countries made historic shifts in production policy -- the oil price has fallen by half from above $100 a barrel, rebounded to more than $65, then plunged to a 12-year low of $28. Brent crude, the international benchmark, traded at $58.14 a barrel at 1:20 p.m. in Hong Kong on Thursday.

In such a volatile environment, traders aren’t the only ones struggling to get a grip on the direction of the market.

The International Energy Agency has increased its estimate for 2017 oil demand growth in each of the past four months, now predicting the strongest expansion in two years. Nevertheless, even if OPEC extends its output cuts through 2018 it’s unlikely to dramatically reduce the bloated stockpiles that have weighed on prices, the agency said.

OPEC disagrees, forecasting internally that the inventory surplus will finally clear by the third quarter of 2018. The big difference in their outlooks comes down to the strength of supply from outside the producer group. The IEA sees an extra 1.5 million barrels a day of non-OPEC oil production next year, 600,000 above OPEC’s estimate.

Gunvor CEO Torbjoern Toernqvist said he’s cautiously optimistic about the oil market for the year ahead. OPEC will probably sustain its production cuts for at least another six months because Russia and Saudi Arabia have shown they’ll do what’s necessary, he said in an interview with Bloomberg television.

Unsurprising for seasoned participants in a volatile market, all the traders acknowledged they could be wrong.

"Consensus is a dangerous thing, because consensus drives decision making and that decision making will have consequences" that could change the direction of prices, said Toernqvist. Disruption to supplies from Iraq’s Kurdish region could potentially push prices above $60 in the very short term, said Vitol’s Taylor.